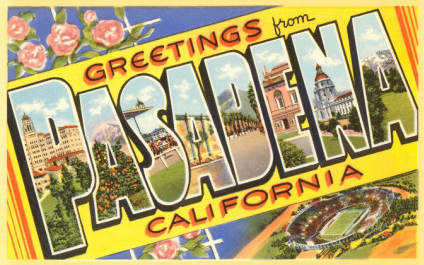 LitFest Pasadena takes place this Saturday, May 12, at Central Park in Pasadena, California from 9:30am to 5:00pm

Hometown USA hearts books. Every week in city centers and country corners in hometowns everywhere readers will celebrate authors and their books, booksellers and publishers with roundtables, panels, dramatic readings, poetry slams, autograph queues, music, wine, BBQ, fine food, face-painting, hot seats and dunking booths. Against the powerful truth from Bowker (latest, 2010) that ISBN output for fiction alone puts 130 new works out there every day, a Martian might be forgiven for finding books — buying and selling — to be the dominant form of revelry down here. This culture-bearing via conviviality appears as naturally occurring as it is counterintuitive since reading and writing, after all, are among the most solitary pursuits. Perhaps book festival growth rates and attendance demographics and other observable “metrics” might be useful to publishers. However, these data would not likely reveal the true motivating force behind these gatherings; upon close examination, book festivals seem to result from simple labors of love—love for publisher output, love for authors, love for the books themselves. Consider the case of Pasadena, California’s upcoming inaugural Pasadena LitFest. Pasadena, Los Angeles County’s Garden of Eden, home to the 122-year-old Tournament of Roses Parade, NASA’s Jet Propulsion Laboratory, the California Institute of Technology and the internationally renowned Art Center College of Design among other cultural jewels, has never had a book festival to call its own—a mystery made more perplexing by remembering George Bernard Shaw’s dubbing Pasadena “the Athens of The West” for its communal and cultural spirit in raising its playhouse; the acerbic wit likened Pasadena’s efforts to the Festival Dionysia. As artistic and literate a hometown as any, books have always been both close to hand and close to heart: Pasadena’s beloved 118-year-old bookseller Vroman’s Bookstore was known, through the middle of the 20th century, as the largest book dealer west of the Mississippi; in 2008, Publishers Weekly named Vroman’s Bookseller of the Year. Yet, until this past year, no one persevered in rousing the town to a proper literature festival.

Anatomy of a Hometown LitFest:

Larry Wilson, third-generation Pasadena native, poet, novelist, journalist, Public Editor for the San Gabriel Valley Newspaper Group and its Pasadena Star-News, describes Pasadena’s literary culture and how a few authors and a few conversations and a few nods and a few dollars can get things going:

Enter Altadena resident and award-winning poet, screenwriter, dramatist and novelist Jervey Tervalon and Jonathan Gold — the only Pulitzer Prize-winning Food Critic. Mr. Wilson continues, “But it was Jervey Tervalon…and Jonathan [Gold] who came to me and wanted to talk about a books festival that was more than that—that was a fringe festival, that was…more fun…” Pasadena resides, after all, just up the road from one of the largest book marketing rallies in the country: The Los Angeles Times, together with its customer-sponsors (Chevy, Target, KABC, Avocados from Mexico, DC Comics, et al.), which recently hosted its 17th annual Festival of Books — boasting 140,000 attendees converging on the hosting University of Southern California campus.

Mr. Tervalon and Mr. Gold, in spitballing, commiserating and brainstorming with Mr. Wilson, singled out perceived deficiencies in the corporate-run mass media-sponsored get-togethers they had attended over the years. Says Mr. Wilson,

“There was no commonweal—no central green. There wasn’t a place to eat and drink with your fellow authors…so, it wasn’t a whole lot of fun.”

They envisioned a more festive festival, a place with centripetal force where coming together was both ends and means — structure, yes, a crowd, by all means, but with an ebb and flow rather than mechanism for its own sake. But how to proceed? Mr. Wilson:

“We talked to the city about it. We talked to the mayor about it. And once the Mayor thought it was a great idea, [we thought] so the city will just do it, right? [Laughs.] They said, No guys—the city isn’t going to do it at all.  But the city will not object. And that’s about we can ask…Well, the city doesn’t sponsor the Tournament of Roses. They just say, Go for it.”

Although still in the conversational state, the idea now had its first official nods. Sparks to a flame, Mr. Wilson:

“[Next] City Librarian, Jan Sanders—a very sophisticated librarian…came on board…[Then, Pasadena’s Doo-Dah Parade impresario and local non-profit arts organizer Tom Coston of  The Light Bringer Project.] Tom’s very good at organizing. He’s dealt with the city and the permitting. He knows that if you run a generator you’ve got to have a lightning rod—and all these things that we didn’t know…”

Money, then? Mr. Wilson says, “We got $2,000 from organizations and raised all the rest from individual donations.” Fundraising events included a beautiful choral presentation by the Marshall Fundamental School Chamber Choir in a mausoleum and a poetry reading/striptease performed by the Gallery Girls in the famous Castle Green overlooking Central Park where LitFest will be held.

How many people will show up?

Mr. Wilson guesses, “I’m saying 750 people are coming, Jervey’s saying 5,000. So, it’s probably going to be somewhere in between….We’re taking pictures, we’re recording it, we’re memorializing it. We’re hoping for next year that we do get some foundation money, do get some publishing money, get some sponsors. People want to see you do it on your own the first time. It’s one thing to start your own, and it’s another to be on a board — where there’s historical momentum. We just don’t know what the hell we’re doing yet. But we’re doing it.

Any advice for daydreaming book lovers in hometowns yet to start their own literary festival?

Mr. Wilson: “Although I’m pretty good about doing my homework and coming up with the wonderful things about Pasadena literarily, the person in his or her home town who has that pride in their town will discover the poets or the historians or somebodys around whom and with whom to build — every place is a literary place — if you want it to be…you could start a literary festival in every town in America because we’re all readers and because some well-known writer or writers come from hailing distance of wherever you are. So if you’re in Amarillo you have the Larry McMurtry Panhandle Festival, you have your cowboy poets…Also your community colleges teem with professors with extraordinary literary backgrounds and reach—just waiting to ‘go public.’ [We live] in a book club-rich market…the book club phenomenon shows the hunger for sitting around and talking about books rather than just reading books. That’s the fun part.”

Bottom line for publishers: fledging and/or supporting nascent literary festivals and fueling the enthusiasm that powers them in hometowns hither and yon might just be a fine way to fire up that most elusive of marketing engines: word of mouth.