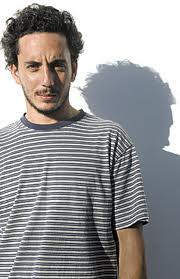 If you’re interested in the question, though you might never get a definite answer, the place to go at the Buenos Aires Book Fair (BABF) is Zona Futuro. Conceived to host more than books and to push the frontiers of the fair beyond its remarkable commercial achievements, Zona Futuro aims to mirror the hectic, eclectic cultural life in Buenos Aires. And although the Argentine poet and essayist Héctor Murena wrote in the ’60s that the “future is the site of death,” optimism reigns among participants and curators: “All our activities have been an opportunity to meet authors who are doing no less than creating the future canon,” says Iván Moiseeff, of the micro-publisher Clase Turista.

In search of their own Harold Bloom, filmmakers, playwrights, scriptwriters, musicians, authors and poets shared their tastes and background with the public. “Our vision is that if you open the scene beyond authors, you’ll finally generate a better reading experience. The emergent, the alternative, are interdisciplinary,” says Moiseeff, who puts the attendance of their various conferences, readings and shows at 3,000. “Twenty facts that are changing reading in the digital age” was among the most successful activities. The Mexican writer Paola Tinocco introduced an e-book that gathers short-stories by five contemporary Mexican authors who circulate under the radar across Latin America, underscoring that digital will put an end to artificial territoriality that isolates creative works written in the same language.

Indies like Entropía, Pánico Al Pánico and Asunto Impreso were leading players in this corner of the fair. Poetry slams, collaborative novels written by bystanders, literary fan-fiction based on classics like García Márquez, Charles Perrault or Philip K. Dick, and games presented as a new literary paradigm contributed their highly intellectual mirth to the festivities. One of the sessions that I liked most was “Hip Hop vs 8 Bit.” Giving a new spin on traditional forms, the event celebrated rhyme over modern and post-modern developments in un-metered poetry. Far from seeing rhyme as an old fashioned cliché, rappers and 8-bit musicians used their performances to assert that it is now firmly the mainstream vehicle of poetry. Some authors participating in Zona Futuro have never been to the fair premises before. Félix Bruzzone, author of the cult novel Los topos, was ravished when he received a personal invitation directly from Gabriela Adamo, excecutive director of the BABF. “I noticed the presence of many writers who didn’t use to come previously,” he says. “What seemed to be very tense became more porous, more interconnected. The fair was no longer alien to new trends,” he concludes.