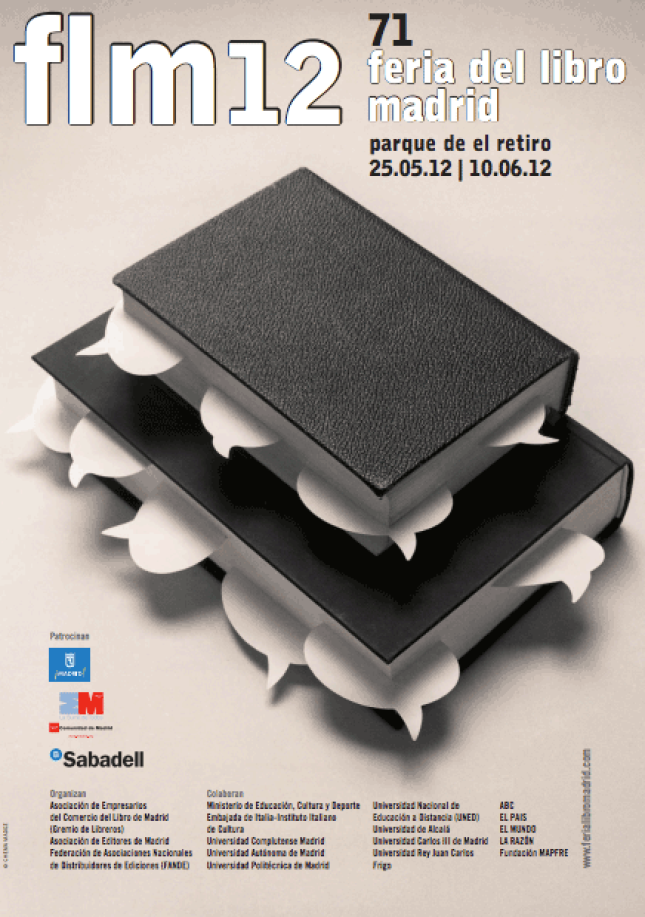 In tough times, enemies appear at every turn. Or could it be that you need a scapegoat to account for all your troubles? The 71st Madrid Book Fair, which will open to the public on May 25, has gone on the offensive against Amazon, the perceived culprit behind a deep decline in sales, which has dipped a dangerous 30% for fiction titles. “Amazon is the first and foremost among booksellers’ enemies,” stated Fernando Valverde, president of CEGAL, the Spanish Booksellers’ Association, and secretary of the fair. Although publishers consulted by Publishing Perspectives say they’ve never witnessed such behavior, Valverde seems convinced that Amazon does not play by the rules. “They don’t observe the fixed price of books and we are suing Amazon for this reason,” he said in a statement published in La Información.

There isn’t any evidence of Amazon breaking the law to be found on their Spanish site, and it would be a very unwise move for the Seattle e-commerce giant. Nevertheless, its antagonistic presence loomed over an official presentation about the fair at Madrid City Hall. Grim overtones dominated Pilar Gallego’s address on the occasion. “The book industry is suffering from the crisis as much as any other industry. Organizing yet another year of the Madrid Book Fair has been a quixotic errand, because windmills are not easy to defeat,” said Gallego, president of fair. To remove any doubt concerning the identity of the windmills, she continued: “We booksellers pay our taxes. Where does Amazon pay theirs?”

Printed books sales are plummeting at vertiginous rates before e-books have even had much of an impact, and booksellers suffer as much as publishers, though their options receive less attention. A distrust of anything digital has taken hold of retailers, to the point that many of them have stopped selling reading devices on their premises. Gallego has strong views on the issue, according to La Información: “Devices change constantly and swiftly and prices easily become outdated when a competitor with deep pockets enters the field.”

Despite the fears that digital publishing arouses among booksellers, CEGAL is considering an e-commerce platform that would allow indies to compete in the era of electronic publishing. Although little is known about its stage of development, it seems that Spanish booksellers are counting on the experience of their German colleagues to develop a business model that could counteract the irresistible rise of Amazon.