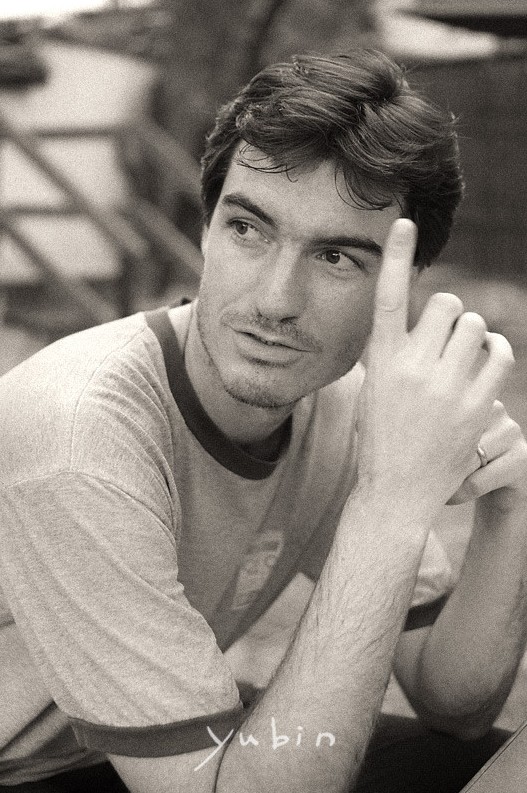 China is the Market Focus of this year’s London Book Fair, which continues through tomorrow.

Until recently, China was an extremely exotic, alien culture. These days however we are increasingly exposed to newspaper articles, Chinese novels and films in translation — not to mention a flood of half-baked op-ed pieces about the “Chinese future.” If China has not yet become as (deceptively) familiar as Japan, then it seems to be getting there. You might think this growing interest should make the job of the translator that much easier, and yet, says Eric Abrahamsen, who runs Paper Republic, a company promoting Chinese literature abroad, the contemporary cultural fascination with China has not necessarily made the translator’s job any easier: “As a translator there’s not a whole lot we can do in response to changing western views of China. It definitely affects what Western publishers choose to translate and publish, but the translators themselves are basically restricted to translating what’s on the page.”

Where there has been visible change, says Abrahamsen, is in the other direction, as over the last thirty years Chinese writing has been heavily influenced by Western literature:

“Literary forms and narrative structures are therefore much more familiar to us, and we’re not as often required to translate Chinese fiction that relies heavily on China’s own literary traditions, which can pose difficulties.”

Strikingly, the Western influence is visible even at the level of “sentence structure and voice,” says Abrahamsen. “So often it’s quite easy to find an appropriate English rendering for a writer’s style. Not only that, but as Chinese society modernizes and becomes more cosmopolitan, its themes have become more familiar to western readers. But again, for a translator, we mostly engage with the work at a textual level. Themes and topics may influence a reader’s reception, but not so much a translator’s work.”

By no means, however, has Chinese writing become “colonized” by Western literature:

“The Chinese language is still a very different animal from English or other Indo-European languages, which often share linguistic cognates, grammatical similarities, and a common set of imagery. Chinese has completely different roots, so in the process of translation you often have to go “farther” away from the original, and then come back again. It’s impossible to translate word-by-word, and sometimes even sentences have to be reworked and reordered. It takes a certain confidence with the original, and also a surer hand with literary writing in your own target language.”

Dialect, he says is a classic and insoluble problem, as rendering the speech of “a Chinese character from Shaanxi” with (for example) an Appalachian drawl produces absurd results. Chinese writing also draws more deeply upon “chengyu,” set idioms drawn from classical literature or poetry than English where “Shakespeare and the Bible are our main sources in this direction…often what reads as an apt use of idiom in Chinese comes across as plain cliche in English. Chinese, particularly classically-influenced Chinese, values the ability to make us of just the right idiom. English tends to value the ‘new’ image, ‘new’ metaphor. So conveying the ‘goodness’ of a particular bit of writing sometimes requires adding a bit of your own creativity to existing Chinese idiom.”

Aside from the challenges of rendering the actual work into English, of course, the translator also has to deal with the world of editors and business and contracts. Abrahamsen has been “pretty lucky” with his editors he says, who have either all spoken Chinese or else have been “willing to take my word for meanings.” Meanwhile publisher’s interest in Chinese writing has been “been steadily building.”

“Prior to the Frankfurt Book Fair in 2009, when China was the guest of honor, there was a slow swell, and the fair really brought it to a head. Since then it has only increased. Publishing is a very slow industry, and ebbs and flows don’t come quickly.”

Still, even with increased interest in Chinese writing, translators remain at the mercy of publishing whims, fads and general confusion:

“The two hoary old themes are the Cultural Revolution, and ‘sexy China.’ For a while it seemed like everything fell into those two camps, and then all at once publishers got tired of them. Now the focus seems to be on new, modern, urban writing, but no one really knows what that means.

The most frustrating thing is that publishers don’t really know what they want, but they also often aren’t willing to listen to what you’re telling them.”

“Readers are much less interested in categorizing, I think. They’re just looking for truly compelling stories, and that’s a desire that Chinese writing hasn’t quite been able to fulfil, yet. There’s also a very strong political awareness among readers, and I think the desire to read something really politically courageous. That’s hard to come by, as well!”