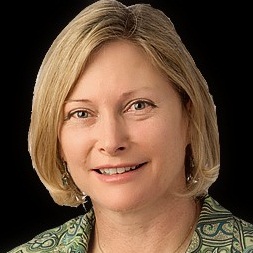 “We know the location of the Death Star!”

WELLINGTON, NZ: The Amazon Empire may swallow the entire publishing ecosystem in a series of gulps. It started by squeezing distributors (IPG is the most recent in a string over the last few years), and it has created a large and rapidly growing publishing business that is wooing writers away from their existing publisher. Publishing is a $60 billion business globally, it is highly visible, and Amazon has to show growth prospects for its hungry investors — so why not?

The self-publishing companies that sprang up during the early Internet era are still making money from frustrated writers, but they too will be swallowed by Amazon as the e-book revolution progresses — because why pay thousands to self-publish when you can publish an e-book directly onto Amazon for almost nothing and get access to the world’s largest consumer base?

Apple is focusing on ease of e-book creation, but until Apple improves their search capability, they cannot compete with Amazon for consumer preference. They will remain a convenient buying mechanism. Google and Kobo are fighting valiant rearguard actions and working to create open ecosystems but their market share is still tiny.

Before you rush out and seek refuge on a remote planet, I have some news from the headquarters of the publishing rebellion…we know the location of the Deathstar!

Because Amazon is now a big lumbering beast. As the future rolls out greater numbers of e-books and better print-on-demand capability, Amazon with its huge warehouses will have fewer advantages. The existing ecosystem of publishers will do a better job of selecting titles in which to invest their marketing dollars. Any publishers still in existence have survived the cull of a ruthless market because they are extremely good at picking winners within their target community.

In the short term, it is not hard for Amazon to pick off bestselling writers and offer them a bigger share of proceeds. It recently made more than 50 publicly reported rights deals (more than many of the multinational publishing houses). To put that in context, well over a million new titles are published every year around the world. Longer term, Amazon is likely to look at its hastily assembled publishing arm and question whether it is delivering the return on investment that its other divisions are providing.

Amazon is a mass retailer, not a participant in the diversity of social discussion going on in reader communities all over the world. As a book retailer, it is relying on its recommendation algorithms and the “foot traffic” of consumers. Online “foot traffic” is changing rapidly. Much more consumer time is being spent on Facebook. And the “recommendation algorithm” on Facebook is far more powerful because they offer “real friend” recommendations, which are the number one way people find their next book to read, according to research by Goodreads. Facebook has been slow to capitalize on this, however the commercial potential is there. With its own currency and mobile development platform, not to mention knowledge of every topic under discussion, Facebook could eat Amazon, Google and Apple’s lunch.

So is the rebellion seeing the slow decline of one Empire and the growth of a new one? Probably. But small- to medium-sized publishers have much less to fear than large publishers who are reliant on a few bestselling authors. May the force be with us.

DISCUSS: Is there a Right Way to Feel about Amazon?