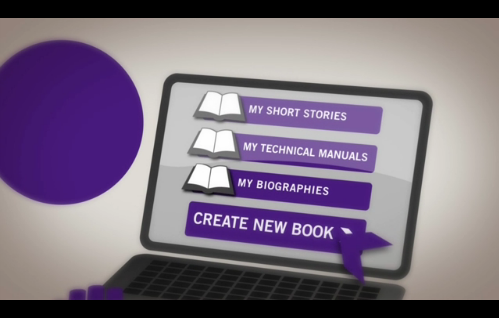 BERLIN: Launched by Sourcefabric in February at the O’Reilly Tools of Change conference, Booktype is an open-source platform for writing, publishing, and printing books that can create different kinds of files and can format a book for Kindle, iBooks, or various other devices, and for print. While Booktype as an independent platform is new, it has a long history as the underlying software of Booki and FLOSS Manuals, which gives it a noticeable maturity.

One of its most exciting features is that multiple people can work on a book. That can mean collaborators simultaneously writing various chapters; several readers suggesting changes to a draft; an author, editor, and translator working within one unified system…the sky is pretty much the limit. Collaborators can communicate via an internal chat system, or leave comments. Changes are tracked and various versions (translations, updates, special editions) can be saved. Probably one of Booktype’s most impressive qualities is that even though it’s a powerful tool, it isn’t a complicated one. That is, even if you’re not taking advantage of some of its features, they probably won’t get in your way, so it still might be a good solution for you.

Sourcefabric’s mission is to promote quality independent journalism, but Booktype’s reach clearly extends further. Development Manager Fabienne Riener explains, “Because Booktype is such a rich tool already, and it has so many functionalities, different people use it in different ways and see value in different places. So even though we think the social features are the really cool ones, for some authors that’s not really that important.” Professors, universities, print-on-demand services, individual authors, NGOs, publishers, and other organizations have all found potential uses for Booktype in its first month.

Head of Communication Micz Flor adds that Sourcefabric wasn’t really tryingto break into a new market (though it has): “We’re not part of your business model at all. We’re changing the book industry, but we’re not selling books ourselves. That’s the strange thing.” Rather, Booktype “adds an additional element to our current portfolio.”

Software as a service (SaaS) — that is, various versions of Booktype for various needs, with hosting on Sourcefabric’s servers — has seen unexpectedly high demand since the launch. Riener says they’ve altered their plans to “offer interesting packages where if you only want to write one book then there’s a package for you; if you want to write a hundred books, there’s a package for you; if you want to have the ability to write thousands of books, there is one as well.” Hosting for one book will be free to encourage people to try the software. Of course you can also simply download Booktype, customize it yourself, or commission Sourcefabric to customize it for you.

Though SaaS wasn’t supposed to be a major focus initially, Flor says that flexibility is part of the open-source philosophy: “You come up with an idea and you say, ‘This is an open idea, not a closed idea,’ and if nobody reacts to it that means you don’t change your plans, but it also means nobody’s looking at it. With Booktype we could change because we were open about what we were planning and people came back with ideas.”

As it becomes easier to produce well-made books, and as companies become more aggressive about proprietary formats and restricting sales channels, questions about control, profit-making, and ownership are becoming more urgent. It makes sense to pay special attention to open-source, non-profit solutions like those offered by Sourcefabric. Its open, collaborative character pushes those same questions in a rather different direction. Flor cites an example from Umberto Eco’s most recent book, The Prague Cemetery: a nineteenth-century forger comes into contact with photographic reproduction and realizes that one day there will be no original to forge. “This is something that Umberto Eco writes today because that’s where we are. Today there is no original which you can forge. What you have is a copy, and that’s where Booktype starts…The idea of ‘my book’ in ten years time will mean something different and I think Booktype plays a big role in opening this idea of ownership.” (Though it should be emphasized that Booktype can be used with any kind of copyright.)

Riener elaborates, “We’re freeing people from worrying about the formatting and the not-so-nice things and allowing them to focus on the content, which means really getting the ownership back…because by opening it up that doesn’t mean you’re losing control, you’re controlling the control over it.

Booktype does have some drawbacks. It’s currently aimed at people who are creating their material within the system, so its input options are typing, or uploading a pre-existing ePub file. Flor explains, “Every POD service has two buttons: ‘Upload your book’ and ‘Sell your book.’ We wanted to add a third that says ‘Write your book.’” That means if you already have an MS-Word manuscript or a blog you’ve been writing for years, you’ll have to copy and paste or convert to ePub to get that material into the system — at which point you may as well go straight to the POD service (unless you were hoping to use those collaborative features, of course).

For Riener, though, it’s not Booktype that’s limited, but the velocity at which changes can be implemented. Asked about challenges Booktype is facing, she responds, “At the moment I have to put my hands up and say capacity because if we had four times the amount of people working on it, Booktype could already be running the world.”

If the world could handle it, that is. Flor cites another problem he’s come across in conversations with publishers: “For larger publishing organizations, Booktype could save money and this sometimes equates into fear of losing jobs…They could use a tool that would save them resources and push them into other areas of their visions, but instead of seeing it as a visionary change, they see it as a threat. It sounds silly, but it’s something we’ve run into twice or three times in book publishing.” As Riener says, “Booktype could be just as relevant to publishers as it is to print-on-demand services who consider themselves anti-publishers…Booktype, funny enough has a place in all of those areas.”

DISCUSS: Which Tools or Services Do You Rely On to Create E-books?