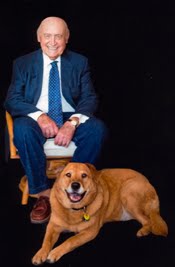 "Do not delay in taking action when there are clear signals of a decline in market value," writes Martin Levin.

In the last several decades, the publishing industry has been reshaped and benefited by “creative destruction”. Technological changes created more efficient ways to design, print, distribute and market books. This enabled the larger, well established, well financed, entrepreneurial publishers to acquire independent publishers so that, at present, 20 publishers now control over 80% of the revenue in the United States; about 3,000 additional independent publishers account for the remaining 20%. In the last five years, the pace of change has accelerated along with the concern about what “creative destruction” will take place in the short and long term.

Joseph Schumpeter (1883-1950) is the father of “creative destruction,” a theory that appeared in a book that he wrote when he was teaching at Harvard. It has become the centerpiece for modern economics. In this seminal book he wrote, ”the process of industrial mutation…incessantly revolutionizes the economic structure from within, incessantly destroying the old one, incessantly creating the new one.” Sound familiar?

If Schumpeter were still alive he would point to these recent transactions as evidence of what occurs in a period of constructive destruction:

In the later part of 2011, HarperCollins (News Corp America), already an owner of a major religious publisher, Zondervan, acquired its significant competitor, Thomas Nelson, for $200 million. What was striking is that the seller, Intermedia, had paid $473 million for Nelson only five years earlier. Nelson was a market leader; there was growth in the market. This drastic drop in value appears to be due to the fact that as primarily a print product, even with e-book possibilities, Nelson had lost over 50% of its value.

Barnes & Noble looked at its venerable Sterling Publishing Company, founded in 1949, and acquired by B&N in 2003 for $115 million, and decided to put it on the market in Fall 2011 because B&N’s attention was directed at its color e-book reader, the Nook. Sterling was a significant publisher with revenues close to $100 million. Over the years, Sterling had developed a backlist of more than 5,000 owned and distributed titles. After an intensive search for a buyer, B&N found there were no acceptable bids. Sterling’s CEO and three executives left the company. B&N continues to own the company. Probably the deepest disappointment for an owner is to realize what he believed to be a valuable asset has become a wasting asset.

In March 2012, John Wiley & Sons, publishers since 1807, the original publishers of Moby Dick, announced that it would explore the sale of a number of consumer print and digital assets that no longer aligned with the company’s long term strategies. The assets announced for sale had been carefully acquired by Wiley. Many had been freestanding companies. The units offered for sale included Frommer’s, a travel publisher, CliffsNotes, and Webster’s New World Dictionary, and strong lists of books in culinary arts, nautical, pets, and crafts. The assets being offered represent about $85 million in revenue and a direct contribution to profit, before shared expenses, of approximately $6 million.

Wiley’s CEO, Stephen Smith, made it clear that this was a major strategic shift by announcing simultaneously with the divestitures that Wiley had acquired a workplace learning solutions company, Inscape Holdings, for $85 million. This was followed up on March 23 with an announcement of the acquisition of another digital publisher, Structure, a leading online structural and civil engineering database. Clearly, Wiley had made the judgment that its future growth was in technology.

Another interesting instance of the creative destruction in publishing was the announcement by Encyclopedia Britannica that after 244 years, it would cease publishing a 32-volume print edition. The 2010 Britannica will be the last print version available. (Note to collectors: There are still 4,000 sets available). In 1990, only 22 years earlier, this revered encyclopedia had sold over 120,000 sets of the print version. There were no tears shed by management. The publisher announced that it would concentrate on a wide range of editorial products, including several different versions of the Encyclopedia that have sold more than 100 million copies. Britannica’s president, Jorge Cruz, commented that this was “the last step in our evolution as a print publisher…to a creator of digital learning products.”

Most experts who have studied the evolution of the book publishing industry in the last half century agree that the steady winds of creative destruction now seem to be accelerating up to gale force. Some suggest that the 20 largest publishers would be likely to consolidate, i.e. the whales would eat the whales. There are some, and I among them, who believe that the likely acquirers will probably come from outside the traditional publishing industry from those companies that started in a garage and now have a vast supply of cash and know-how. Some cases in point:

In late 2011, BNA, the 19th largest publisher in the United States, was acquired by Bloomberg, a leader in global business and financial news. BNA publishes specialized information to business, legal, and government professionals at every level of expertise. This was essentially a marriage of two technology-driven publishers that found a common, economically viable way to join into one entity that would become in time more efficient in meeting market needs. Bloomberg paid the shareholder employees (past and present) $990 million in cash — an average of over $600,000 per shareholder.

Zagat, a publisher of a survey directory for diners, was placed on the market in 2008 for $200 million and withdrawn. In a new effort in 2011, Zagat found the appropriate buyer, Google. The price: $161 million — for a user generated restaurant directory that is in print (probably not for long). Google will be able to integrate the Zagat directory into its online map programs and beyond. Google has made over 100 acquisitions, including buying a mobile telephone company for $12 billion.

Given the Bloomberg-BNA and Google-Zagat deals, is it within reason that the future buyers of publishers will be a non-conventional buyer? And if so, is it hard to speculate about list of potential buyers who may be interested in acquiring book publishing companies?

Apple leads the list. It has a record of being ahead of the consumer curve, imagination and it has the resources. Recently, Apple announced it would continue to buy its stock back and to pay dividends that would amount to $10 billion a year for the next three years. At the end of year 2011, Apple had nearly $100 billion in cash on hand. (To compare the magnitude, the total revenue of all US book publishers in 2011 was $39 billion. If all publishers were willing to take one times revenue for their businesses, Apple could buy the whole industry and have some change left).

Amazon is already a major publishing industry player. It led the way to the e-book revolution with the Kindle. It is a publisher. It has recruited a staff of talented managers and editors. Given the books it has under contract, it could be a major force in book publishing. In 2012, it is now a top ten customer of most publishers through its online bookstore. It would NOT be a great surprise if Jeff Bezos decided he needed to acquire a major publishing house to go with his extensive copyrights and editorial skills.

While Microsoft has been a slow starter, it appears that it will enter the tablet market soon. It is very difficult to exclude any company with a market cap of over $270 billion, with a profit margin of 32.5%, and $50 billion cash on its balance sheet.

Facebook still has not focused on where Mark Zuckerberg wishes to go after he achieves his goal of having every person on the globe on Facebook. Facebook did acquire Push Pop Press, an app creator, and used this to enhance their product. (Not a big deal).

Yahoo, with a new management, 700 million visits a month and a strong financial presence online, having seen what Bloomberg has done in buying BNA, may be tempted to look at publishers to extend its reach.

When there are strong winds of creative destruction, Be Aware!

Martin Levin, the author of this article, is Counsel to Cowan Liebowitz & Latman in New York (www.cll.com). After four decades of publishing, on his retirement from his position, he went to law school at 61 years of age, graduated from New York Law School at 65, and joined the law firm, representing clients who wished to sell their business. In the last 25 years he and his partners have closed 106 transactions. Robert Giordanella, who has extensive experience in the M&A area, has replaced Robert Halper as co-director of this unit and also has contributed to this article.