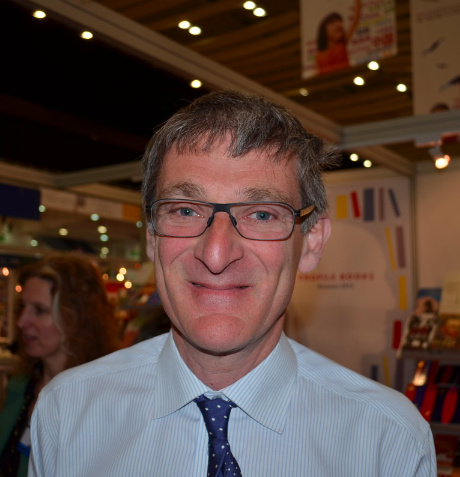 Exactly one hundred years since the Titanic remaindered itself in the icy waters of the Atlantic, HarperCollins hosted its annual pre-LBF party in London’s Home House, whose splendid drawing rooms would not have looked out of place in the ship’s first-class accommodation. Whether the industry had now been struck by its own iceberg called the Department of Justice – or EC, or Agency, or Apple, or Amazon…you could take your pick – was on everyone’s lips, and has continued to be so in the aisles at Earls Court. Opinion is divided. Has the agency model been struck a fatal blow, akin to Reed de-netting all those long years ago, which began the slow erosion of the UK’s Net Book Agreement? “No, I don’t think so,” said Andrew Franklin of Profile. “Penguin are doing a great thing by fighting the good fight [the publisher, along with Macmillan, is fighting the suit, while Hachette, Simon & Schuster and HarperCollins have settled]. It’s a shame other publishers haven’t decided to do the same. I think Penguin will win, and I think publishers will come flooding back on Penguin’s coat tails.”

Everyone has been lapping up the details of the DoJ’s deposition, parts of which read like a spy thriller: the double deletion of emails, the meetings in Italian restaurants, the precise times of particular phone calls. More details have emerged at the fair, too. Penguin’s Tom Weldon became emotional in an editorial meeting, “welling up” as he talked about the stance his boss John Makinson was taking. Others mentioned Hachette worldwide chief Arnaud Nourry being escorted from the premises in Paris by security during the EC investigation.

One furious publisher commented: “It’s outrageous. These people are being treated like common criminals. The authorities have to realise that this is an extremely close industry. Everybody has worked for most other companies in their careers. People talk to each other.” In other words, when is collusion collusion, and when is it simply a conversation between professionals who have known each other most of their working lives?

But another UK publisher was slightly waspish: “Do I think all these fine upstanding people are telling the truth? Of course I do. It’s just that the circumstantial evidence doesn’t look very good, does it?” However, everybody is adamant that Macmillan’s John Sargent was not involved in any collusion.

One British publisher made the point about the closeness of the industry to the UK’s Office of Fair Trading. “I had something like nine economists in front of me and one of them asked: ‘How often do you see people from publishing,’ and I said, ‘Well, I saw Anthony Cheetham last night, and this evening I’m seeing…’”

It seems that one of the meetings at the by now famous Picholine restaurant in Manhattan was nothing more sinister than a welcome dinner for in-coming Bertelsmann chief Marcus Dohle, arranged by David Young of Hachette US. Incidentally, perhaps the restaurant is missing a marketing initiative here. Why not an “Agency Model Special” to add to this description from the website: “Dine in your own private wine cellar that the New York Times describes as ‘one of the prettiest rooms in the city.’ Chef Brennan creates 12 and 16 course tasting menus that will dazzle. 12 Courses $165. 16 Courses $195. ‘Exquisite’ ‘Brilliant’ ‘Unparalleled’ Zagat 2012.”

But there are crucial issues at stake that will affect the industry for years to come. Many walking the aisles remark on Amazon and Apple not being part of the publishing “family.” One agent commented: “At Little Brown in the States, when they want to speak to someone from Amazon they have to go to the Contact Us part of the website. This is absurd.”

A senior UK publisher concluded: “This is about the collision of two worlds, between those trying to remove all barriers between the consumer and the aggregators, and those who believe that publishers nurture and add value. It’s a collision between those in Seattle who want to give cheap bestsellers to everybody and those who want diversity. However, it’s not the agency model itself that is on trial, it’s the manner in which it was arrived at, so we have a way to go yet. I don’t think the agency model is fatally holed – but it has received a serious scrape along the side for sure.”