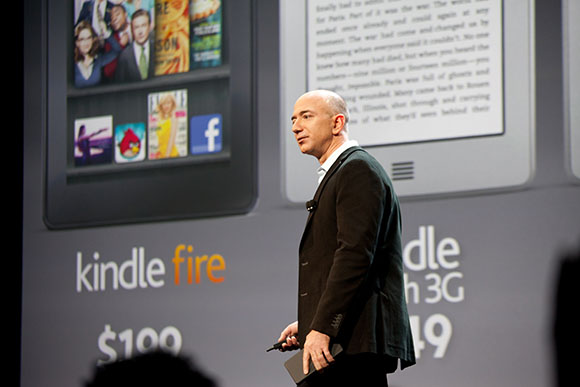 Amazon…Amazon…Amazon…there’s so much talk in publishing circles about our “friends in Seattle” that you’d forget it was actually a river in Brazil. The company’s very name inspires equally vitriolic doses of love/hate/angst in such a wide variety of constituencies that its impossible to keep track.

Publishers fear it, but are dependent on it. Readers adore its low prices and convenience, but hear from some circles that they should boycot the company. Writers know they need it — to sell their books. And self-publishers realize that without Amazon, the whole self-publishing phenomenon might never have taken off in the first place.

Yet, as a journalist I hear dark whispers about the nefarious tactics the company has used to gain a foothold in the European market — so nefarious, it seems, that I can’t get anyone to go on the record about it out of fear Amazon will punish them for speaking out. And what is the motivation behind the company’s acquisition of so many overseas titles? I want to cheer, but part of me can’t help thinking cynically that it might also be marketing effort to entice Icelanders to order their refrigerators from a warehouse somewhere in the Midwest USA.

So, tell me, is there a right way to feel about Amazon? All I know right now is that Jeff Bezos is spending $42 million to install a 10,000 year clock out in the empty wastelands of West Texas. It’s safe to say: Bezos is playing the long game.