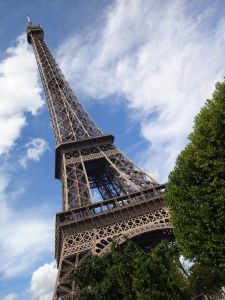 Most would agree that booksellers in France are better off than elsewhere, with subsidies from the governement and a fixed book price. But it is still one of the country’s least profitable businesses and yesterday, as the application of a VAT rate increase of 5.5% to 7% on books went into effect, it added to booksellers’ daily struggle. The decision made by President Nicolas Sarkozy to raise the VAT as part of an austerity measure is seen by many as extremely damaging to booksellers, in particular to the 3,000+ independent bookshops.

Many shops have closed for two days in order to deal with re-labeling their books, which in itself has become a grim joke in the milieu: leading Socialist candidate François Hollande has promised, if elected this May, to bring the VAT back down to 5.5%, which would mean that in a month’s time, booksellers might have to go through the process again. In the meantime April 28th is the French independent bookseller’s day, which will be celebrated by giving customers a book and a rose.