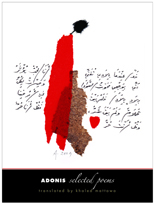 Yale University Press’ Margellos World Republic of Letters “identifies works of cultural and artistic significance previously overlooked by translators and publishers, canonical works of literature and philosophy needing new translations, as well as works by important contemporary authors whose work has not yet been translated into English.” The press has just relaunched the website for the line.

New Haven, Conn. – Yale University Press is pleased to announce the new website for The Cecile and Theodore Margellos World Republic of Letters, at www.worldrepublicofletters.org. The interactive site opens up a vital channel for engagement with literature in translation—a central goal of this major literary translation series since its founding in 2007. The site is part of a new initiative for the series, which has published 19 titles to date and will continue to grow in the seasons to come.

At www.worldrepublicofletters.org, readers will find:

Readers will find all titles published in the series to date, including Adonis: Selected Poems, the first career-spanning collection of poems by Adonis, one of the Arab world’s greatest living poets, in an award-winning translation by Khaled Mattawa; The Poetry of Kabbalah, translated and annotated by MacArthur-winning poet and translator Peter Cole; and Hocus Bogus, by Romain Gary writing as Émile Ajar, in a highly praised translation by David Bellos.

Spring 2012 sees the publication, in paperback, of all backlist titles in the series as well as three seminal works by Witold Gombrowicz, including a complete, single-volume edition of his masterpiece Diary (long out of print for English readers), featuring ten never-before-published pages and a preface by Rita Gombrowicz.

Forthcoming titles of works appearing in English for the first time include The Lair, by Norman Manea, the critically acclaimed Romanian-born author’s most recent novel and the first to be set in America (April 2012), and The Brazen Plagiarist: Selected Poems, by Kiki Dimoula, the most highly regarded Greek poet of her generation (November 2012).

READ: “Edith Grossman Frowns: On the Challenges of Translation in America”