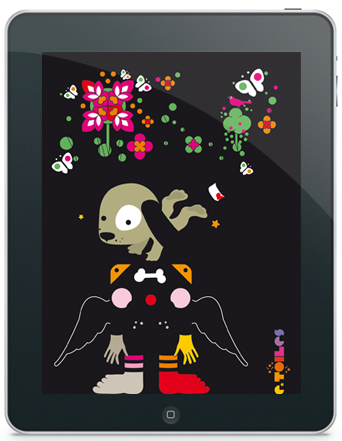 What’s most encouraging about the Ragazzi Digital Award is the wide variety of publishers that competed. Sunday’s TOC Bologna conference ended with the announcement of the winner of the first annual Bologna Ragazzi Digital Award — an digital extension of Bologna’s prestigious Ragazzi illustration and design prizes. The winner was French: Dans Mon Reve (In My Dreams) by e-Toiles Editions, which offers a visual, interactive riff on the children’s game “head, shoulders, knees and toes.”

Two honorable mentions were given to “The Numberlys,” by Louisiana’s Moonbot Studios, and Quem Soltou O Pum? (Who Farted?) from Brazil’s Companhia das Letras.

Perhaps what’s most encouraging, beyond the beautiful apps, is the news that such a wide variety of publishers competed: there were 252 entries by 179 publishers from 25 countries.

So tell us, who do you believe is doing the most innovative digital children’s books? Give us an early clue to who will win next year — we’d love to talk to them.