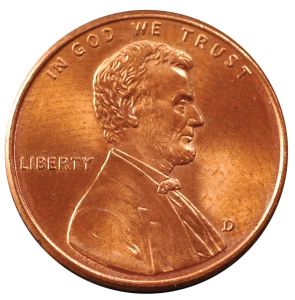 At 99 cents for a “digital nonfiction short,” it feels like an honest transaction. How many times have you picked up a book of narrative nonfiction and though to yourself, “Wow, that would have been better as a magazine article”? It happens all the time. It’s hard to shake the feeling that, often times, the heart of a work of narrative nonfiction, and many business books — and, frankly, many biographies and history books as well — is a single chapter or two that supports the entire enterprise. It’s frustrating. You shouldn’t be able summarize the compete narrative arc of a 250-400 page book in a line or two that reveals the surprises or what’s new about a topic; unfortunately, very often, its easier than you think.

Yes, it’s a cliché that agents and editors reject books on the very premise that “it would make a good magazine article, but not a book?” At the same time, agents and editors will often endeavor to construct a book around a single good magazine piece. In fact, anyone submitting a nonfiction proposal these days would do well to make sure they have published several excerpts well in advance of proposing a book, as a form of vetting the work. That said, try landing a long-ish narrative nonfiction piece at any one of the reputable magazines, and you’ll find it may be more difficult than finding a publisher for your book — especially now that, well, anyone can be a publisher.

The truth is very often that many writers know a “book” isn’t really “a book” as such, but a great story that they will then add padding to flesh it out to book-length. There’s prestige in books, there’s reputation in books, and maybe even money.

So why is the market for digital shorts is booming? Publishers ranging from now-established brands, like The Atavist and Byliner, and new publishers like Now & Then, are “mining the literary middle-ground” between the blogs and books, giving a much needed space to these voices. Traditional book publishers too are taking notice and getting into the field.

Well, the answer is simple: it makes commercial sense.

To me, selling a “digital short” nonfiction piece for 99 cents or even $2.99 is a much more valid commercial transaction than buying a fiction title for the same price, especially if it is vetted and edited by a proper publisher. That may just be my taste, but my feeling is the investment in editing nonfiction is more closely aligned with that price point than it is for fiction. To me, fiction — properly vetted and edited fiction — is something that should go for more. It’s often a far bigger investment in a writer’s time than a magazine-length nonfiction piece. As for the 99-cent novels, well anyone in their right mind would tell you that it is purely marketing. My bet would be that very few novelists honestly want to see their books sold so cheaply (yes, it works for some, but it remains to be seen if you can build a long-term career on such foundations); magazine writers and nonfiction writers can probably live with that especially, since — and here’s the irony — they’re probably used to getting paid a fair price for their work from magazines.