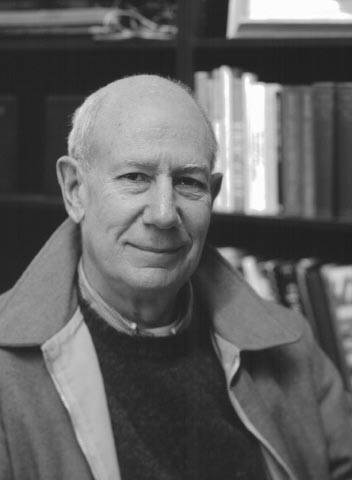 “Compared with books, it’s the difference between a meal in the Gulag and tea at the Mayfair.”

The other day, I was accused by an old publishing friend of traitorous activities. That’s because after more than 30 years of publishing highly regarded hardcover and paperback books — mostly serious nonfiction — I’ve become a publisher of essays for electronic readers. A peddler of e-trash, according to some who love books. In the fall of 2011, with a digital expert named Chandos Erwin, I started a business called Now and Then to publish longer pieces of serious nonfiction (5,000 to 25,000 words) for electronic readers only — Kindle, Nook, iPad, iPhone, etc. They sell for 99 cents to $4.99.  Everything flows from our website at nowandthenreader.com.

Do I feel like a fish out of water? Only occasionally. For the most part I’m using skills similar to those I used in traditional book publishing: developing ideas with authors, meticulously editing their work, trying to make it into a handsome package, and being sure the target audience knows it’s there. But what’s different is the energy level and frustration attached to the publishing enterprise. I needn’t remind those in traditional publishing about the agonizingly slow process of contracting for a book, developing the manuscript, seeing it through the editorial and design and manufacturing processes, getting it into the stores with adequate publicity — and finally trying to move it off the bookstore shelves. In my publishing house, once the manuscript was in hand, we usually accomplished this in five to six months — and we pushed. Many publishers of similar serious materials require a year or more.

By contrast, Now and Then can get a long piece ready for publication within two weeks, including editing, cover design, production, and publicity materials. Using two to three people. Compared with book publication, it’s a piece of cake — like the difference between a meal in the Gulag and tea at the Mayfair. Finding the reader, too, is a different ball game. It’s forever been so in book publishing that many very good titles languish because potential readers never find out about them — or find out after the bookstore has returned its unsold copies. This longtime industry characteristic has only been exacerbated since the rise of the chains (with their ever-shrinking shelf lives), the accompanying decline of independent booksellers, and the virtual disappearance of review space for serious nonfiction.

We think the audience for serious nonfiction is still out there, though it probably stopped visiting Barnes & Noble some decades ago. We think we can find it via the internet. We may be wrong in some cases, but if we are, we’ll know it pretty quickly and without a substantial expenditure of funds. Reaching the audience through online links and websites generally requires cleverness rather than cash, and doesn’t have to overcome the kind of inertia that’s presented at almost every sales level in book publishing. I’m not silly enough to believe that the book as we know it will soon disappear, though e-reading brings with it enticing possibilities. Still, the internet makes easily available enormous amounts of junk — just as there is plenty of junk among new hardcover books published these days. Quality remains at a growing premium. We will find out if the quality offered by Now and Then has traction.

Ivan R. Dee is no longer associated with the publishing house that bears his name. Earlier he had been chief editor of Quadrangle Books and could also claim experience in newspapers, newspaper syndicates, and magazines. He is now partner and editor in Now and Then Reader, LLC. He lives in Chicago.