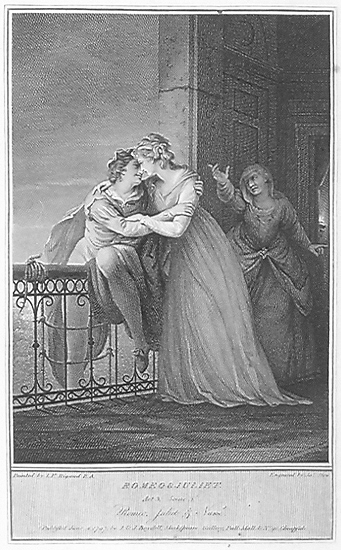 You’ve seen Leonardo and Claire, or Leonard and Olivia, or even, if you’re old enough or a cinematically obsessed enough, Leslie and Norma take a stab at the roles. You’re seen West Side Story. You’ve seen (or at least heard the score for) the ballet, attended one of the numerous operas (at least 24 to date), and caught the references to it in countless pop songs, films, books and parodies.  You know more lines from it than you probably realize.  But have you ever actually read Shakespeare’s lyric tragedy, Romeo and Juliet?

As Publishing Perspectives continues its examination of the plays of William Shakespeare on The Play’s The Thing, we will now begin reading of one of Shakespeare’s popular, and at the same time critically undervalued tragedies, Romeo and Juliet. We’ll look at the play from every conceivable angle possible, all the time remembering that at its core, it is arguably the largest and most persuasive celebration of romantic love in Western literature.  William Hazlitt quotes a critic who wrote that “whatever is most intoxicating in the odor of a southern spring, languishing in the song of a nightingale, or voluptuous in the opening of a rose, is to be found in this poem.”

We hope you will join us.