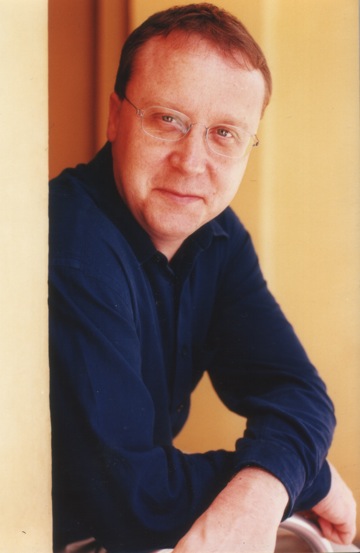 Despite a tech-savvy population of avid readers, Singapore has been overlooked by the global e-booksellers. Singapore is a dynamic Asian city-state, with 5.2 million residents who read in English mostly, but also in Chinese, Malay and a myriad of other languages. With a world-beating public library system (33 million loans last year), and some of Asia’s top bookshops, the optimistic view is that reading in Singapore holds its own against the alternatives. The pessimists point to a trading environment characterized by very high rentals, and competition from tax-free online purchases, where three of the five top bookshops in Singapore have closed over the last 12 months. They point to the problems local publishers have gaining scale and competing against the prestige of US and UK exports. What optimists and pessimists can agree on is that the impact of e-books is yet to come.

Boasting the third-highest GDP per capita in the world (in PPP terms), Singapore bounced back quickly from the 2008 downturn, posting economic growth above 10% in 2009 and 5% in 2010. The city-state is halfway through a national fibre-to-the-home rollout, has free wi-fi service in public spaces, and has an incredible-sounding 150% mobile-phone penetration (many residents have more than one mobile account, and frequent visitors buy prepaid cards). Nielsen anticipates that close to 9 in 10 Singaporeans will have a smartphone by the middle of this year.

But in gadget-mad Singapore, one device is conspicuous by its absence: the e-ink reader. With no one having offered the magic combination of devices and a compelling shopping experience, it’s an e-book market in waiting. And the situation is even more ironic considering the number of print books Singaporeans are buying online, especially from the US and UK (overseas book purchases do not attract Singapore’s 7% sales tax). A survey commissioned by PayPal reports that Singaporeans spent S$41 million (US$32.6 million) on books from overseas websites in 2010, likely overwhelmingly from Amazon and BookDepository. (Comscore reports that the Amazon sites receive 400,000 monthly unique visitors from Singapore.) That level of sales is roughly around 1/3 of the bricks-and-mortar market (a rough estimate, as Singapore does not capture actual book sales data).

But when it comes to e-reading, Amazon, Apple, Google and Barnes & Noble pass on Singapore completely. The Kindle doesn’t ship here, and just as there is still no iTunes store available to Singaporeans, Apple has shown no signs of putting Singapore on the priority list of an iBookstore launch.

We can only speculate on the reasons for this: the different costs and paths to market entry for the bigger players, crafting user agreements, getting into compliance with local law, negotiating with heavyweight local telcos. It’s not because they can’t find Singapore on the map: Amazon has its Asian Web Services data centre in Singapore. Apple has had a manufacturing base here since the days of the Newton, and Singapore was one of only 10 countries to get the new iPad on March 16th (stocks sold out from most local Apple retailers on the first day). Google employs hundreds of people locally, and coordinates many Asia-Pacific functions out of Singapore, including, at least until recently, its Google Books effort for Asia.

The exception from among the biggest e-book retailers, as of this writing, is Kobo, which will deign to take Singaporean money (and generally offers both US and UK e-editions, Singapore being an open market for books). But Kobo has done no marketing locally, and still does not ship devices to Singapore buyers.

You might count another exception as well. Overdrive’s general book catalogue is available via Singapore’s National Library, which counts two million members. The Library reports 50,000 e-book loans in the financial year ended March 2011. That’s less than half a percent of the Board’s loans of physical materials in the same period, and even with a rumored five-fold growth in this year, it’s still a low level of take up.

Sintel’s Skoob to the Rescue? Singtel's Skoob is a start

As one could expect, there is some “routing around” the blockages. Encouraged by the technology editors of Singapore’s daily English newspaper, local technorati use gift cards, online concierge services and VPNs to spoof US physical and IP addresses so as to order Amazon Kindles and purchase e-books from Apple, in flagrant violation of their user agreements. (Hey, it’s better than piracy, no?) Various OEM readers are available in the computer shops, and one survey of university students showed that 10% of those who read e-books from the library do so on e-ink devices. But it remains classic early adopter behavior. And no doubt there’s a fair percentage of early adopters who resort to pirate copies of e-books.

So have local retailers leapt to occupy the white space left by the global players? Leapt is hardly the word. One small local retailer offers the iRiver e-ink device in its shop, linked to an online store based in nearby Malaysia. The first real impetus to the market has come from leading local telco Singtel, which launched its Skoob e-books offering in late 2011. The nation’s monopoly terrestrial broadcaster — and other local heavyweights—are said to be preparing market entry as well.

Singtel’s Android and iOS offering, based on a rather feature-light white label service from the UK’s Mobcast, now lists 60,000 titles, including many US and UK bestsellers, priced attractively. And there’s a 10% discount for Singtel customers who charge books to their phone bills. Singtel is only just starting to put their considerable marketing muscle behind the offering, and it’s too soon to say how important sales will become. (Local publishers give mixed views of early numbers, and Skoob did not reply to a request for information for this article).

Local Investment is Slow to Come

In September last year the Singapore’s regulator and industry promotion body, the Media Development Authority, pitched the idea of a “white label” e-book retailer as a cost-effective way to support local publishers and booksellers to go digital. But as was the case in Australia, where similar ideas were mooted, talks are taking quite a time. Monsoon Books has developed an international audience using the web.

Local publishers have, by and large, not invested ahead of the curve, though Skoob’s entry has pushed more of them to test the waters. The first into the digital market were those that knew their authors had some profile in the US and UK. Monsoon Books, run by Philip Tatham, has found that online is an effective way for him to reach UK and US readers for his authors (who include Stephen Leather and Han Suyin as well as writers from the region).

Monsoon’s experience shows how some local publishers will see a net positive benefit from the coming changes, reaching global markets with e-books, finding niches that work. But in practice, the barriers to publishing e-books to global audiences seem a bit daunting to local publishers. A publisher might wish to work directly with Amazon or Apple, but as Singapore and the US have not signed a tax treaty, a direct account with either is subject to a 30% withholding tax on royalties. Most aggregators structure their arrangements to avoid the withholding tax, but going through an aggregator puts even more distance between the publishers and readers, and a time when that distance needs to be shrinking.

So what will the revolution mean for the ecosystem of reading, writing and publishing in Singapore? In addition to the sorts of value chain shifts that US publishers think about, from Singapore’s perspective digitization has the potential to drastically shift the balance between local and foreign players. This could have big implications for what Singaporeans read (and write). All the players in the Singapore eco-system have a shared interest in thinking it through together. The real conversations are just beginning, as the market is unlikely to wait much longer.

DISCUSS: What Workarounds Do You Use to Buy E-books from Abroad?