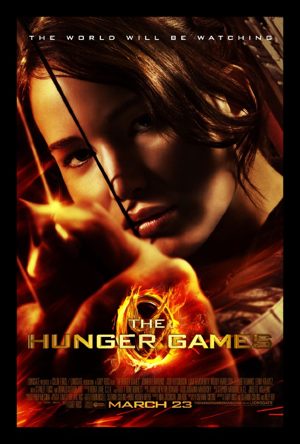 Having read Suzanne Collin’s books makes watching the movie a better experience overall — something that is truly rare in Hollywood. The odds are in its favor.

On Saturday I was able to steal away a few hours to see The Hunger Games movie with my wife. Later that night, with our daughter finally asleep, we took a few more hours to watch the DVD of the US remake of The Girl with the Dragon Tattoo. The opening weekend of The Hunger Games crushed The Girl with the Dragon Tattoo — coming in at a record $152.5 million vs. $12.7 million. Financially, it was a knockout. But how do the movies stack up as adaptations? This is where the two are closer than one might think.

In both cases the lead female characters shine. Jennifer Lawrence breathed a surprising amount of life into Katniss Everdeen, arguably making her a more fully realized character than in Suzanne Collins’ original book, albeit one who comes across far more mature and self-confident than the 16-year old she’s portraying. Gone is the cloying back-and-forth emotional prevarication of the trilogy that never got beyond “I love him, I love him not,” even up the last few chapters of the final book. Here Lawrence exhibits, at most, surprise — at the way she commands the crowd in the Capitol, at reflexively sending an arrow into the heart of another, bloodthirsty “tribute.” Throughout the flick, Lawrence’s Katniss is self-possessed enough to know that she will choose the right one to love according to her circumstances. It’s a much more realistic portrait of what a relationship is likely to be as an adult, rather than the maelstrom of teenage romance.

The Girl with the Dragon Tattoo, in contrast, offers up another willful, near-adolescent character — albeit one who is an adult, but acts like a child. Lisbeth Salander as portrayed by Rooney Mara, is a sight to behold, an angry woman in a adolescent body — what adult wouldn’t kill for a “high metabolism” that won’t let you gain weight — and just as selfish as a typical teen. If you could sum up her actions, it would be as simple as “I see, I want, I take.” Unlike the books, her victimization at the hands of the ward of the state makes her less interesting; here you cannot avert your eyes and are forced by the director David Fincher to watch. Larsson, whose books are themselves so violent that their popularity calls into question the taste — if not sanity — of the wider reading public, at least left something to the imagination. Fincher, going back to Seven has always been a maestro of pornographic-like ultra-violence, on par with Tarrantino (whose most famous scene, the ear amputation from Reservoir Dogs Fincher echoes in the pen-ultimate scene of Girl, swapping the song Stuck in the Middle With You for Enya’s Orinoco Flow).

And that is the main difference between these two adaptations: The Girl with the Dragon Tattoo makes what is alluded to explicit, while The Hunger Games takes what’s explicit in the books and merely hints at it. The filmed version of The Hunger Games strips away the frippery that consumes so much of Katniss’s interior monologue — the clothes and the food in particular. But having read Suzanne Collin’s books actually, in this rare case, makes the movie better. You can fill in the extraneous detail, you know more about the character’s unsaid motivations, and you can discount the overt flaws. Having read The Girl With the Dragon Tattoo, I for one was simply disappointed with the movie (and I wasn’t such a big fan to begin with). That in itself is not an unusual reaction. Hollywood, despite drawing so much material from the literary world, rarely lives up to the books — matter how many Oscar noms you give to movies based on books.

Now, if only they’d both been turned into mini-series on HBO, we might have a real Battle Royale.