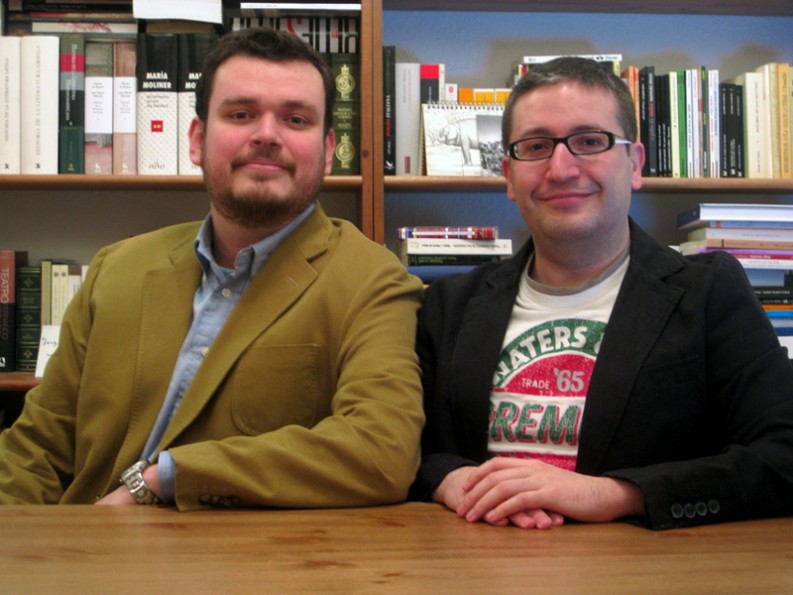 The first Virtual Book Fair took place between the 6-12 March, but if you Google it, you’ll be directed to a site with a big sign reading CLOSED. Unlike physical fairs, which struggle to establish a footprint online, the Virtual Book Fair — organized by self-publishing platform Bubok and Imaste — offers a mere invitation to it’s next reincarnation. Despite boasting 60,000 visits over the six days, there’s no evidence of the numerous conferences held, the launches announced, the presentations painstakingly prepared. With nothing to help you recreate the experience, it’s just a fading memory…

To know if it was worth the effort, you need to ask any of the bold friends in the book industry who dared to tread its virtual passages.

Anatomía de la Red, a young Spanish startup run by Silvano Gozzer and Alberto Vicente, was there and they were willing to reveal, among other things, that “the best [experience] was learning how to organize a virtual fair, just in case there is a second edition.” The worst experience: finding out that Imaste’s expertise is focused on professional fairs and Bubok conceived this one as an open event for the general public.

“The back-office stats say that the fair had 60,000 visitors. Our stand received 450 visits, and 20 people left their contact information,” says Gozzer, adding that “more or less 15 to 20 people connected to our chat room to learn what we do or, simply, to chitchat about the event.” This was in addition to their video conference which was attended by 30-40 people. They both agree that it’s very difficult to judge the event “because we have nothing to compare with.” In the first days, people flooded in, attracted by the novelty, “but as time passed, the number of visitors went down significantly. Professionally speaking, more than the visibility attained, it was important for us to share the experience with companies like Prisa [publisher of El País], Telefónica and Libranda,” says Gozzer. “We needed to have the experience in order to judge if it can be recommended to our publishing clients,” says consultant Alberto Vicente.

Gozzer and Vicente pointed out several aspects that could be improved:

Nevertheless, they both agree that the organizers deserve congratulations. “Despite the great complexity of the event, technically speaking, everything went fine.” They emphasize that a large percentage of visitors came from Latin American IPs, underscoring the opportunity to reach those audiences in future editions.

“It would be interesting integrating the virtual fair with Liber, the annual professional fair held alternatively in Madrid and Barcelona. It would help facilitate business on both sides of the Atlantic,” says Gozzer.