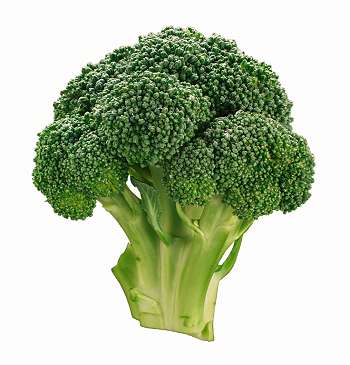 Translations shouldn’t be treated as “literary broccoli” or “armchair travel” and doing so is counterproductive.

Some of the ways writing in translation is promoted are counterproductive and off the mark. Tangled up in the good intentions of its advocates are some false and longstanding myths. Translations should not be fed to readers as "cultural vegetables"

As anyone who has paid attention to this journal over the past three years knows, literature in translation has many passionate advocates and continues to be a hot topic. Scores of articles have been devoted to it, books are being written about it and then even more commentary as these books are published. Bloggers continue to debate claims and counterclaims, often passionately, and frequently take an adversarial us vs. them attitude. Then there is the matter of the literature itself — all the actual novels and poems being translated — that set these discussions off in the first place.

In the often far too blinkered, provincial world of English-language books, this has been a refreshing phenomenon.

And yet old myths die hard. I suspect that some of the misconceptions that have clung to writing in translation most persistently have done so, ironically, because they are voiced by its advocates, by people admirably interested in broadening our reading base beyond the proverbial 3% of books translated from foreign languages into English.

Here are a pair of commonly implied or openly stated beliefs regarding literature in translation that I think would be helpful to cast off sooner rather than later:

In 2011 a debate arose between film critics at the New York Times over the values and merits of watching long, self-styled art films. What set it off was a confession by one critic that he was no longer willing to force himself to eat his “cultural vegetables,” no matter how good for him he knew they were.

The argument is relevant for the presentation of writing in translation not so much for the issues the critics fought over – deep vs. shallow, rewards of difficult art vs. sacrifice of time and patience – but because translated literature so typically is put in the default “cultural vegetable” category, again often with the best of intentions.

The truth is though that literature in translation contains more than its fair share of juicy, mouthwatering meat.

Of course, you can tell people that reading books from all corners of the globe is good for you. It’s not necessarily a lie. It just happens not to be very helpful, and can transform some of the truly vibrant and exciting writing being done around the world into literary broccoli the way Shakespeare’s dramas of murder, passion and betrayal take on the effect of tranquilizers in the mouths of uninspired high school teachers.

An antidote to this mentality can be found in the recent surge in European crime fiction, which though it can be highly sophisticated is often simply too brutal and sinister to fit in the vegetable category.

The Stieg Larsson phenomenon is the most visible face of this growing trend and the search for the next Scandinavian and European crime writing sensation has led to translations of crime writers from all over the Continent. Last November, the 8th annual Festival of European Literature in New York was devoted to European crime writers such as Zygmunt Miłoszewski (Poland), Jan Costin Wagner (Germany) and José Carlos Somoza (Spain), showing that talented crime writers aren’t confined to a particular country or region.

While Scandinavian writers like Jo Nesbø retain a higher profile publishers have a large territory to search out new writers, such as HarperCollins’ recent publication of Hungarian Vilmos Kondor’s Budapest Noir.

One can only hope that all the murder and bloodshed coming from Europe will finally kill off the notion of translated literature having nutritious value.

2; Reading in translation is another way of experiencing a foreign country?

I will defer to Stieg Larsson again. Have you ever been to Sweden? Were you attacked by rightwing lunatics and tortured? Did you get caught up in tangled, historical conspiracies and eat immense amounts of fast food while sitting on IKEA furniture? Unlikely — except perhaps for the fast food — and I don’t think the fact that the trilogy won’t get the standard tourist board treatment has hurt sales too much (though you can, apparently, take a city tour of real world sites from the books).

There are certain books that can show you certain facets of certain countries but this notion reduces novels to something approaching travel books without their authors having any say in the matter. Imagine someone hoping to partake of the American experience by reading Hemingway. Which book would they choose? The Sun Also Rises? For Whom the Bell Tolls? Whoops, but that’s France and Spain. Hemingway’s novels are read for how good they are; the same should be true of novels in translation.

There are many good books and bad books written in Sweden, the US, India and Argentina. The key isn’t sorting through the list of countries but between the good and bad (hint: there are infinitely more bad books than good books, so this selection process is already difficult enough).

Difficult and challenging works of literature will continue to be translated, but the high end of the spectrum shouldn’t limit the full range of good books that could prove successful in the English-language market. Crime writing is only one example of a genre with crossover potential, but there are also science-fiction, romance and travel books from around the world that are singular and well-written enough to appeal to a broader audience.

While finding the gems of international writing may be more challenging than picking from among more accessible work in English, it is this very obstacle that will allow publishers to choose from the best of the best. Is there a Stieg Larsson of Spanish romance or Japanese science-fiction writers? Are there Romanian novelists whose work will appeal to readers of John Irving? Perhaps, but there is no way of telling without publishers broadening their search for quality work and leaving behind some of the outmoded preconceptions attached to translated writing.

DISMISS: Could Translated Genre Books Other than Thrillers Sell?

Michael Stein works as a journalist/writer in Prague where he started the blog literalab in December 2010, which focuses on Central and Eastern European writing. He has written for a number of European and American magazines. His literary and cultural articles have been published on Czech Position, Publishing Perspectives, Readux, Absinthe: New European Writing and other publications. His fiction appeared most recently in The Medulla Review, Drunken Boat and has previously been published in journals such as McSweeney’s, Pindeldyboz and Café Irreal among others.