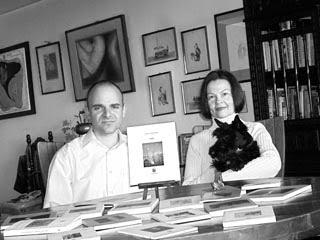 “The idea of ROI as an obsession is alien to us.” There are at least 100 independent publishers in Mexico, scattered around the country, defying the idea of Guadalajara and Mexico City as the only cities to give a home to the book industry. Yes, they face dire financial situations, live on subsidies and co-editions with universities and other official institutions, and suffer from poor visibility due to a lack of clout in the distribution chain. But if you want to have a whiff of the health and vitality of Mexican literature, you must give them their due.

While big publishers walk the inevitable path to becoming fat consumer companies, indies bet on what Gabriel Bernal Granados, co-founder of Editorial Magenta, calls “emergent literature” — books written by newcomers that do not fit in with the genre-driven lists of mainstream publishers. Granados, himself a poet and a translator, likes to remind people that some of the biggest names in Mexican literature – Carlos Fuentes, José Emilio Pacheco or Carlos Monsiváis — were first published by tiny publishing ventures like his. Felipe Ponce: "The idea of ROI as an obsession is alien to us."

Ediciones Arlequín, founded in 1994, doesn’t receive any government subsidy. Felipe Ponce, director and founder, sees it as the measure of his freedom to publish whatever he considers valuable on the current literary scene. “We don’t have a board of directors, we don’t have shareholders nor subsidies, the idea of ROI as an obsession is alien to us,” he says after 18 years in business and still counting.

Ficticia Ediciones, run by Marcial Fernández, started in 1999 as an all-digital project. Conceived as a “virtual city of short-stories and flash-fiction” they don’t fear the changes that electronic books and e-commerce will bring in the near future (though in 2000 they did begin to print books as well). Arlequín is also converting their whole list into e-books. But indies are not in a rush to embrace the new.

José María Espinasa, editorial director of Sin Nombre, is convinced that e-books are far away in the future of Mexico’s publishing industry, but “sooner than later we will be confronted with this unavoidable reality and it’s better to explore the new territory beforehand.”