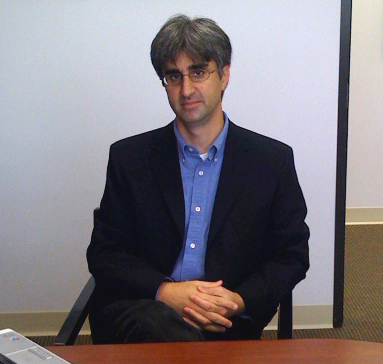 At $6,750 BISG’s latest consumer data isn’t cheap, but neither was a GPS when it was first marketed.

Oh, e-books, how do we love thee? let me count the ways…

The ways are indeed being counted assiduously and continually and made fingertip-ready in real-time for publishers by the Book Industry Study Group (BISG). The latest must-have, must-see installment in the Book Industry Study Group’s ongoing Consumer Attitudes Toward E-Book Reading survey clarifies and counts the depth, breadth and height of that newest of loves: which devices are hot now? Which are on the wane? What features do buyers want next? What else do e-book buyers do or consume with their devices?

“E-Book Power Buyers” — that small fraction of all buyers who buy half the titles sold — are starting to look like their statistical counterparts in the print book market. What genres are they buying? Where are they discovering titles? Online? Ads? Reviews? In-App?  How does good ol’ word-o’-mouth do among the tech-savvy e-book buyer? BISG's Len Vlahos: "At this point 'e' and 'p' are living along side one another."

Are e-book sales cannibalizing p-book sales? Are total sales increasing at a decreased rate due to this new love for lower-cost titles? Or, are e-book buyers buying more titles (lower-cost or not) and therefore spending more dollars? What factors hinder or impede e-book buyers to even greater e-book buying?

The true beauty of the BISG approach to these questions is its yin-yang stratagems: the immediate paired with immediate access to the historical. Publishers can get wet-ink reporting on this minute’s attitudes together with access to a now-vast drillable, customizable goldmine of historical data. In the report’s own words, “A tremendous amount of valuable data has been gathered during this research project [begun in 2009]; data that can be dissected in an almost infinite number of ways. While these reports attempt to capture some of the most important new trends as they emerge, it is not possible to represent all the findings…” in the myriad ways publishers might imagine useful to their own points of view. To this end, subscription access to the whole priceless trove awaits online.

“The trend data in the consumer attitudes study is really what makes it important because it’s such a—it’s been such a nascent market and it’s just now starting to mature. As we watch the market mature and we see how behavior settles in after a period of time…It’s really helping stakeholders either upstream or downstream in the industry understand how the end user is behaving and then being able to tailor strategies and allocate resources in a more intelligent way based on that information…”

The present report (Volume 3, Report 1 of 4), fielded early last December before the holiday rush, captures the lull before the storm. A report on a follow-up survey fielded in February is presently in the works. Says the introduction to the latest look-see, in but one slice of the action, “Amazon announced expected sales of over four million Kindle devices. Indeed, gifting of Kindle books increased 175% between Black Friday [2011] and Christmas Day compared to the same period in 2010, and Christmas Day 2011 was the biggest day ever for Kindle book downloads.”

The famous Everett Rogers (1962) Diffusion of Innovations bell curve says the “innovators” (2.5%) and the “early adopters” (13.5%) lead the way. How do things look for e-book early adoption overall? The BISG report introduces the topic with data from its partner, Bowker PubTrack Consumer Service, “…e-books accounted for 15% of all units sold in North America in the third quarter of 2011, compared with 4% in the same period of 2010.” Mr. Vlahos:

“There was a flattening out here, in the third and forth quarters of 2011. There’s clearly a flattening out. I think what we’re seeing certainly at this point is a place where “e” and “p” are living along side one another. And I don’t think anybody yet can make a prediction about where the e-book trajectory winds up — other than “e” has made an enormous impact, it’s growing, even though at the end of 2011 it’s calmed to incremental growth — it’s still growing. But where it ends up, no one knows. So I think it’ll be interesting to see and that’s why we continue to do this study — to try to understand that.”

What about e-book sales cannibalizing print sales? The present data offers nuance: “the trend of consumers acquiring e-books at the expense of both hardcover and paperback formats has been strong…” Then, later, “Respondents reported increased spending on books in all formats to a greater degree than they reported decreased spending.  Data from the past four 2011 fieldings indicate that e-book readers are buying more…”

Teasing out subtleties in between questions, forming new questions, getting at the implications of consumer attitudes is, after all, pure art—despite its scientific methodology. Mr. Vlahos:

And, of course, those “feelings” are what cannot show up in raw sales figures. Therein lies the gold hidden in attitude studies. The inferences that intrepid publishers can draw from the more ephemeral of these attitude survey data may very well take a bit of guess out of the work: title acquisition, promotion budgeting, platform deployment, sub rights negotiation—guessworks all. Perhaps some time invested in noodling up a chart or graph (PDF) might be just the thing.

The bane/boon of this wealth of information about consumer attitudes toward high-tech book buying can be seen in the simplest of questions: How do you discover books? The question, straightforward enough. The answer? Straightforward enough, too. Sort of. Among the obvious list of places and means to discover books, e-book buyers cite word-of-mouth as No. 2—just like their print book kin. Mr, Vlahos:

“At the end of the day, you want to read something that somebody recommends to you…And clearly the power of the socialization of the web is to extend those peer recommendations further than it used to.”

Whether publishers should throw pennies into the multi-billion-dollar wishing well that is the word-of-mouth marketing industry is a question thus made ponderable—if unanswerable. Within the same question comes some eminently more actionable news on book discovery among e-book buyers: “E-book purchase channels are shifting dramatically…online purchasing—especially in-app transactions — is increasing rapidly, while purchases at brick and mortar stores are waning. A compelling reason for this is the convenience of being able to buy a book through the very device on which it will be read. Mr. Vlahos:

This illustrative for-instance, this one new finding among the dozens of new findings, points up a great benefit of the research.  That in-app book discovery and direct in-app impulse buying is on the increase right now means publishers should_____________? Fill in the blank!

That’s the big deliverable: the research delivers to publishers lots and lots of useful, never-before-available blanks to fill in on their own terms and in their own way based on the pages and pages of blanks filled in by their e-book buying customers. And, the BISG’s Consumer Attitudes Toward E-Book Reading survey — with its attendant treasure trove — will continue providing blanks to fill in for e-book buyers and publishers for a long time to come.

DISCUSS: The Hunger Games vs. The Girl with the Dragon Tattoo
Notes:

Additionally, BISG membership affords levels of sponsorship that permit proprietary questions to be included in each survey fielding. Contact BISG for details.