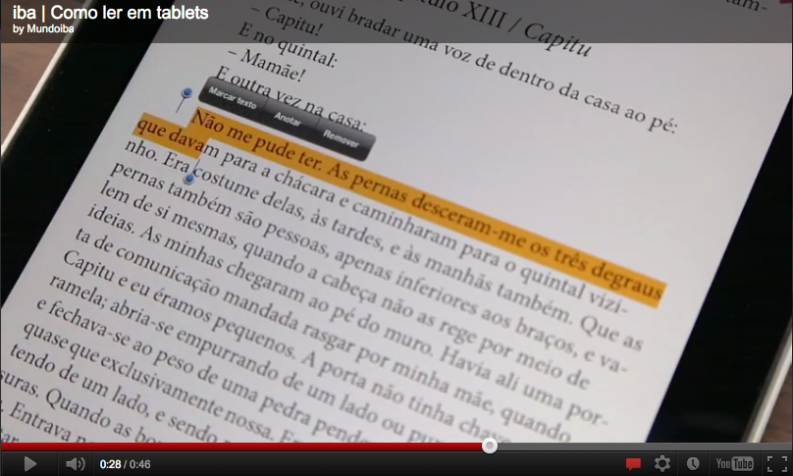 “Digital distribution is not as cheap as people think, because the scale is still very small.”

After several months of beta testing, Abril, one of the largest media groups in the Brazil, has officially launched Iba, a new digital retailing platform with 25 magazine titles, 19 newspapers and 6,000 e-books from 170 publishers – making it one of the largest e-book retailers in Brazil, following Gato Sabido, which has 7,300 ebooks, and Saraiva, which has around 6,000.

The launch comes just as competition is expected to heat up, with Amazon and Google expected to launch later this year, and several other domestic platforms – Mundo Positivo, Buqui and Travessa — having started selling e-books in the past few months.

“We want to be one of the big ones in the e-book market,” says Ricardo Garrido, operations director at Iba. The company has invested  R$10 million in the venture so far and a total of R$60 million is expected to be invested over the next five years.

Garrido says he expects a steep rise in the number of e-books available in Brazil in the next months. “Publishers are speeding up their production and we believe there is going to be a huge rise in the nubmer of e-books on offer, he says. Iba is also looking to close deals with international aggregators.

As for e-book prices, he says large discounts are not going to be available for the moment. “Digital distribution is not as cheap as people think, because the scale is still very small. But as sales start growing there will be opportunity for larger discounts, though this won’t happen in the short term,” says Garrido, adding “And we won’t pressure publishers to do so,” making a subtle dig at Amazon, which is known for its aggressive price policies and plans to launch in Brazil in the next months.

According to Garrido, Iba is working with the expectation that tablet adoption will increase dramatically. It is estimated that today about a million devices are in use in Brazil, and that this number will grow to nine million in the next five years. Iba also counts on the continuing use of PCs by a large portion of the population for the foreseeable future.

At present, Iba reading apps are available for PCs and the iPad, and an Android version is expected to be released soon. The company has closed a deal with Motorola and Samsung to pre-install the Iba app on Xoom and the Galaxy Tab tablets. A similar deal was struck with HP, for PCs.

SURVEY: Is the E-ink E-reader Dead in Developing Markets?