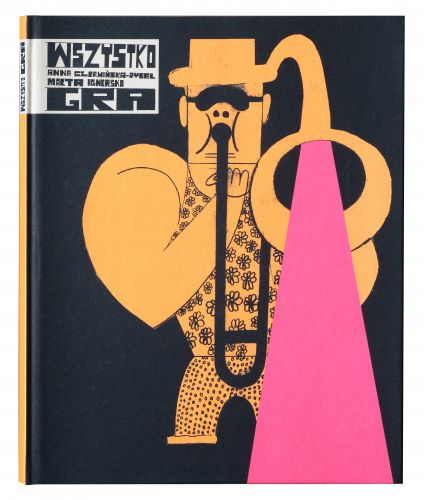 The winners of the BolognaRagazzi Awards, given to the “best designed book” in the categories of fiction, non-fiction, new horizons, and opera prima (given to works by new authors and illustrators with the goal of acknowledging innovative design) were named at the 49th Annual Bologna Children’s Book Fair.

Selections were made from a list of over 1,000 candidates from 37 countries, selected by jury members Antonio Faeti (Chairman, Italy), Julie Danielson (U.S.A.), and Raymond Stoffel (Luxembourg).

The fiction winner, published by Belgium’s Editions Casterman, was Le Secret D’Orbae. With text and illustrations by Francois Place, the jury proclaimed that “The ineffable delicacy of the illustrations puts Le Secret d’Orbae in the category of fiction that describes – as if part of a dream world – the ardour, hopes and world vision of all great voyagers since time began.” Nonfiction was given to Wszystko Gra, text by Anna Czerwinska-Rydel, illustrations by Marta Ignerska; published by Poland’s Wytwornia. Of it, the jury said, “This book presents us with an authentically different graphic tradition from our own, marking a break no less powerful than the Gutenberg revolution…the sheer novelty of this book defies all critical assault.”

The New Horizons award, dedicated to publishing in Arab nations, Latin America, Asia, and Africa, was presented to Migrar, published by Mexico’s Ediciones Tecolote, with text by Jose Manuel Mateo and illustrations by Javier Martinez Pedro. The jury said that “Its touching message is rendered with an illustration technique whose tightly packed, crowded images hark back to the still mysterious format of the cave painting. We are presented with everything altogether, the entire story and all its characters. Afterwards sits alongside Before…However, no child will feel any sense of bewilderment, understanding implicitly how the system works.”

The Opera Prima winner for 2012 was Tabati, published by Lebanon’s Dar Onboz, with text by Nadine R.L. Touma, and illustrations by Lara Assouad Khoury. The jury said that “This truly splendid series of graphic motifs and calligraphic craftsmanship inevitably brings to mind the great avant-garde movements that trod the same path…Vibrantly new in its approach, the publication holds a timeless fascination, posing age-old questions about writing, vision, printing, the structure of the written text, and what our yardstick for appreciation should be. Despite this, it is eminently a children’s book…”