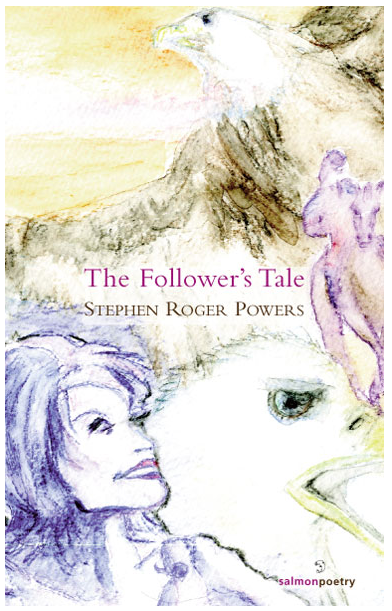 Friday at AWP is like miles 16-21 of a marathon — you’re firmly entrenched with no looking back, the finish line is still out of sight, you’re gasping for air, about to collapse, and odds are that at some point you’ve pooped in an open patch of grass. David Duhr, our Virgil through the purgatory of the AWP

I’m learning a lot today. For one thing, most other exhibitors are as baffled as I am. “What are you hoping to get out of AWP?” I ask them. Most of them shrug. Some of them inhale deeply, then say “Wow.” All of them ask if they can get back to me later. Very few of them have done so.

I’m writing this on a late extended lunch, again at the South Loop Club. (No, I’m not drinking the Diet Rite; Tab is more my speed.) I needed a break from hearing “Did you see Margaret Atwood last night?” I tend to avoid keynote speeches—especially those that require standing on a line in the screaming Chicago winter with hundreds of starry-eyed writers eager to be the first to ask Atwood whether she follows a writing schedule or if she writes whenever and wherever inspiration comes.

I’ve heard she’s a nice lady. I picture her replying, “That’s a good question,” even though it is very much not.

Here’s something you’ll hear again and again at AWP: “These people must know where they’re going; they have tote bags.” I gave my tote bag to my hotelmate, who was not one of the lucky 9,500 to gain admission to the AWP Club. But he’s not sweating it—he’s already a member of a club: The Hearing-Impaired Stand-Up Comics Who Will Soon Release Their Second Collection of Dolly Parton-themed Poetry Through an Irish Press.

This morning at my hotel café someone tried to order one scrambled egg. The waitress told her that eggs come with many of the combo meals, but a lone egg would cost $6.75. “Because we don’t really have a side egg,” she said.

We don’t really have a side egg! If nothing else, I will leave AWP with a title for my book.

“I’m giving a reading here at (a Boston bookstore) next week.”

“Email me if you’re ever in Chicago.”

“We’re based here in Jersey.”

I can sympathize. For most of us, AWP is a contained environment; we rarely, if ever, leave the area surrounding the conference. Being in Chicago for this thing is little different than being in Jersey.

Except for the price tag, of course. Not that things are cheap in Jersey, but damn. And they nail you for almost everything here. Molly Laich actually said these words this morning at the Book Fair, and meant them sincerely, because it is legitimately amazing: “I can’t believe they have free water.”

Water, hell. Unstuck Books has free sangria at its table (P-12). And not non-alcoholic; a double negative that in this case definitely equals a positive. And all you have to do for a cup of it is to write a bad line of prose, something most of us can do in the time it takes to say “Sangria tastes like Hawaiian Punch spiked with Manischewitz, but if it’s free I’m on board.”

Someone in this restaurant just said “I’m not a modern writer.” What could that possibly mean? What does any of this mean?

It’s raining here in Chicago, with temperatures in the 30s. Yesterday I bought a pair of “stretch gloves” at CVS for $1.99. Within eight minutes I lost one of them. This morning I bought a stocking cap, then dropped it on the floor of the men’s room, right below the urinal I was using. I picked it up and put it back on.

I feel like I’ve been here a month, but my trip is just now hitting the halfway point.

So what do I want out of AWP? To find the answer, delete the first three words of that query and replace the question mark with a period.

Then replace the period with a double exclamation point.

(UPDATE: To file this piece I had to return to my hotel, the Congress Plaza, for some %$*(%* wireless, which in this town is even harder to find than a salad. To get in I had to walk through a line of picketers who are protesting a wage dispute between the hotel and the housekeeping/kitchen staff. A dispute that has now lasted nine years. This explains why the hallways smell like babysh*t and the dishes are caked with all kinds of petrified corn.

At least I’ve solved one mystery.)

David Duhr is Fiction Editor for The Texas Observer, Managing Editor at Fringe Magazine, and co-founder of WriteByNight. You can visit his exhibitor table at the AWP Book Fair. It is in section B.F.E. Follow him on Twitter at @WriteByNight.