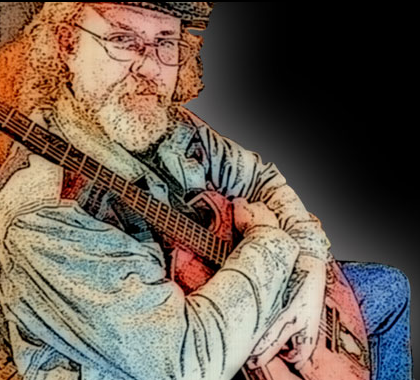 Amazon’s business history indicates that pure philanthropy is not a natural rung of their DNA. Bryce Milligan finds wisdom in Bob Dylan: “In ceremonies of the horsemen, even the pawn must hold a grudge.”

As the author of a well-circulated essay suggesting that Amazon.com’s business practices may pose a threat to American intellectual freedom, I was asked recently what I thought of Amazon’s “charitable giving.” Admittedly, “charity” is not the first word that crops up when I consider the 70% nosedive my press’s e-book sales took after Amazon decided to deny readers access to them.

Wings Press, an independent, multicultural publishing company I have run since 1995 is one of those affected by the dispute between Amazon and the Independent Publishers Group. Not even a pawn worth taking in the winner-take-all game Amazon is pursuing, for Wings Press to even to be asked for an opinion in this matter would be vastly amusing were the stakes not so high. I have little desire to become a footnote in a cautionary tale. On the other hand, as Dylan put it, “In ceremonies of the horsemen, even the pawn must hold a grudge.”

Amazon’s “charitable” giving is an interesting topic, not so much for the good it has done but for the strategy of which it is a part. We in the indie press world were mostly delighted when, in 2009, Amazon began giving fairly large grants, generally around $25,000, to nonprofit organizations involved in literature and literacy. Fabulous! But Amazon’s business history indicates that pure philanthropy is not a natural rung of their DNA. Remember that within two years of its founding in 1995, Amazon began hiring executives away from Walmart, a company known for proclaiming its good intentions while dismembering its competition.

Amazon’s grant program seems to an outside observer to be a gambit played in advance of a frontal assault. If that sounds cynical, notice that there is no application process at all. Instead, Amazon asks for “nominations” while also stating clearly that they will not “respond individually.” Amazon says upfront that it is looking for “innovative groups with a proven track record of success; an ability to work effectively with us to execute on the organization’s goals, including appropriate public outreach; and an established presence and voice in the publishing community.” So far, these grants have basically landed like cash-laden storks on the doorsteps of otherwise unsuspecting organizations.

So what is Amazon doing? It is difficult to say since Amazon’s contracts are notoriously limiting regarding what one can and cannot say about either Amazon itself or their contracts. Still, there is clearly a case to be made that this is marketing masquerading as philanthropy — not unusual — but with the double intent of encouraging silence from the very organizations most likely to be vociferous in objecting to Amazon’s predatory actions against independent publishers, distributors and bookstores. In short, a Trojan Horse?

Far be it from me to suggest that honorable organizations like PEN American Center or CLMP or Poets & Writers or AWP have been “bought off.” I’m sure that they have not! I am equally certain that many of them are beginning to wonder about the motivation behind the grants — and about the ultimate price to be paid for having accepted them.

Before 2009, Amazon was criticized for its lack of philanthropic giving. Suddenly Amazon began giving money away, but only to specific organizations of its choosing. Many worthy organizations have benefited from these grants. Unlike any reputable foundation or other grant-giving organization in the country, however, Amazon apparently sees no need to involve panels of objective experts to help select the recipients of Amazon’s largesse — only Amazon employees with Amazon’s interests in mind.

Wings Press is a “for-profit” business, and thus is not eligible for grants from Amazon or anyone else. The fact that most of what Wings Press publishes is poetry — most of it by authors ignored by the mainstream publishers and even banned in states like Arizona — is evidence that the press exists for the sake of the literature, not to reap significant financial profits. The advent of the e-book, however, leveled the playing field for a brief moment and allowed this press and others like it to begin benefiting from increased visibility for our titles and thus increased e-book sales, mainly by playing along with Amazon’s mega-discounted offerings. But then Amazon pulled the rug out, first by presenting terms to distributors that would, according to the Independent Publishers Group, clearly remove the possibility of continuing that trend, and then by simply removing access to our titles when those terms were rejected.

No one expects Amazon or Walmart or any other large retailer, or distributor for that matter, to “play fair.” That is not in the nature of American capitalism. But when Amazon succeeds — and it will — in becoming one of the world’s largest publishers, when it succeeds in eliminating most of the publishers, distributors and bookstores that it sees as its competition, including some of those that have accepted its largesse, how will we control the beast? It will dominate the means of production and control both distribution and retail availability; it will set prices as it already does that make it not only impossible to compete, but difficult to conduct business at all.

Wings Press is merely one of many motes the winds of change that have blown into the eyes of an angry god. Chance, not choice, lodged us here. The motes will be removed, of course, but it is readers who will suffer. At some point readers will begin to suspect the Amazonian juggernaut of making business decisions that determine what will and will not reach the reading public. If history is any guide here, attempted monopolies on access to information have never turned out well. Amazon could have so easily encouraged increased literacy, a better educated citizenry, and more inventive writing by encouraging independent presses to thrive. Instead, they have adopted an extremely cynical set of tactics drawn directly from Machiavelli and Sun Tzu, if not from the Borg. Let us hope that resistance is not futile.