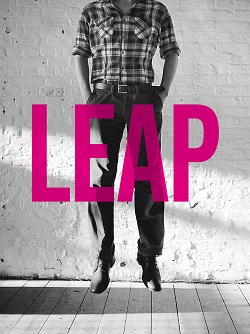 Perhaps the first international novel ever to be written and published in 24 hours was finished yesterday and ready to be downloaded at www.spreadtheword.org.uk at 5pm GMT yesterday, 1 March. Entitled Leap, a reference to both the date on which it was written and the plot, which involves four loosely linked international narratives set on that date, it is the inspiration of Spread the Word, London’s writer development agency, working with partners around the globe, among them Amphora Arts in London – the body behind the DSC South Asian Literature Festival – and the German Book Office in Delhi.

The story was written by 29 writers, split between London, Delhi, Kuala Lumpur and Vancouver, working locally with around ten editors and a lead editor in London, Juliette Mitchell (ex-Penguin).

It was written using Google Docs and was a truly open, collaborative effort, as Jon Slack of Amphora Arts explains: “This has been an exhilarating project to witness. It shows how we can use collaborative tools to bring writers together, and it was fascinating scrolling the pages as they were being written and commented on. It shows what can be done with new technology and what interesting narratives emerge from the different writing cultures coming together in real time.”

The novel is available as a free PDF or as a downloadable ePub with the option of a donation to Room to Read, the global literacy charity. No print edition is planned.

“It’s extraordinary to think that a couple of days ago, this book did not exist at all,” said Slack.  “There’s talk now about how we could extend this to different cities for the next attempt.”

Editor’s Note: This article was amended to note the availability of the downloadable e-pub file (3/1).