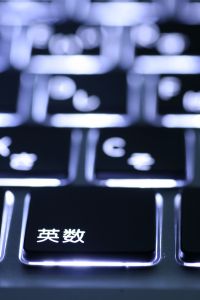 Book publishing in Japan is a $20-22 billion annual business, largely dominated by a handful of large publishers. Isolated by language, with little outside competition, and with a business culture that is comfortable with large conglomerates dominating the landscape, the publishers have long dictated the terms on which they do business with customers. Any threat to this status quo is viewed with suspicion, at best, and paranoia, at worst. Digitization and e-books have been especially stymied. In 2010, on the announcement of the iPad, Japan’s Communications minister Kazuhiro Haraguchi and the Electronic Book Publishers Association of Japan compared the tablet to the “Black Ships” that opened trade with the USA in the 1800s. Now, with even more foreign companies expected to land on Japan’s shores in the coming year, our contributor Robin Birtle suggests that “things are about to change,” in particular when it comes to opening up the market to new titles.

The inevitable entry of Amazon, Apple and Kobo to the Japanese market will do nothing to hasten the digitization of Japan’s print backlist, but it will bring large-scale, open and transparent self-publishing programs. Overnight the closed ranks of Japan’s e-bookstores will be reduced to nothing more than a digital Maginot Line, around which the self publishers will swarm.

What’s more, with the recent acquisition of Kobo by Japanese e-retailer Rakuten, the pace of change in retailing is likely to hasten as well, particularly as the close collaboration between publishers and retailers comes under even more strain, as retailers realize just how many opportunities it affords them to sell directly to consumers.