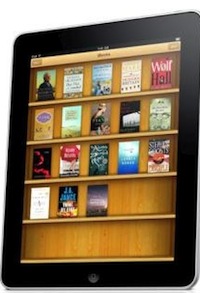 “I think people will want both,” says Edouard Cointreau. “The e-book is cheap, but they might want the high quality book for their shelves.”

Digital cookbooks have enormous potential and have proven among the most popular apps online. Last year Jamie Oliver’s recipe apps were among the top downloads, in both free and paid versions, online. But it’s not just books from the most popular celebrity chefs that are attracting attention, it’s top shelf cookery training manuals, such as Inkling’s adaptation of The Professional Chef, the official textbook of the Culinary Institute of America (CIA) have also proven popular.

As discussed in today’s feature story about the 3rd Paris Cookbook Fair, event organizer Edouard Cointreau believes cookbook publishing has a strong digital future, too. But he doesn’t believe digital editions will come to dominate and replace the printed cookbook. He thinks print and digital will complement each other. “I think people will want both. The e-book is cheap, but they might want the high quality book for their shelves. The Chinese group East Eat is bringing 40 people to the fair this year, as opposed to five last year. They sell 30 million cookery e-books a year.”

In the US, organizations such as the International Association of Culinary Professionals are acknowledging the growing importance of digital as well, and are including a Books & Bloggers Festival as part of their upcoming convention in April.

As appealing as digital cookbooks are, for the time being they have a fatal flaw: if you spill something on, or accidentally steam, or carelessly drop one of those pricey devices you use to access digital cookbooks, it’s game over for the fancy meal you planned that night. You might as well order carry out.