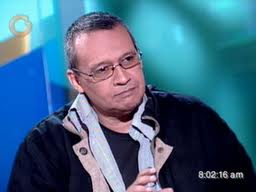 “I know beforehand that I will not have the book the client is asking for in 90% of cases.”

CARACAS: Just 1% of titles published in Spanish ever make it to Venezuela, says Roger Michelena, owner of Librerias Michelena and editorial director and founder of Ficcion Breve, an independent literary trade publisher in Caracas. Roger Michelena: "It has been almost three years since the Biblioteca Nascional bought the last book."

Of the many islands that form the Spanish book markets, perhaps Venezuela is the most isolated. Suffering, as the rest of Latin America, from the policies of the big conglomerates with headquarters in Spain, whose local branches only publish and distribute Latin American authors inside the frontiers of their countries of origin, Venezuela is facing new challenges to avoid cultural seclusion. Tight exchange controls imposed by the government makes the importation of books published abroad an everyday odyssey, reducing the importance and mission of bookstores and rendering them places where readers seldom find what they are looking for. Small publishing ventures like Michelena’s Ficcion Breve face the competition of the all-powerful Administration, now in the biggest publisher of the country, with an output of 500 new titles each year.

PP: Without books, what’s the role of the bookseller?

RM: The role of the bookseller will be always the same. We are rangers who guide the reader in the forest of titles and authors. You don’t have rangers in a wasteland. We are in a dangerous isolation. Recently, I went to the Biblioteca Nacional (National Library) and discovered that it’s been almost three years since they bought the last book. The main purveyor is the government, but there are a lot of valuable books published by private and foreign companies. In my bookstore, I know before hand that I will not have the book the client is asking for in 90% of cases.

PP: What kind of books are suffering from this scarcity? Is there any kind of control over the content?

RM: Academic books are dramatically scarce. It’s not the content that is under control, but imports. Procedures have become so cumbersome, that many times you have to start everything from scratch after several months because one official didn’t sign your papers on time. You have important publishers, like McGraw-Hill, who used to have a branch in Venezuela, who have left the country. Importing their books is painstaking. It’s different with novels. Novels can have an appeal for the reader even months after first publication, but academic books should be available immediately, science books lose their novelty very soon.

PP: Why are the procedures are so complex?

RM: In the past, the Cámara del Libro (the industry guild) worked to simplify the bureaucracy. But the Cámara is very poor and it’s dominated by distributors, not by publishers. It’s a financial problem. Following the tight measures for exchange control, a black market for currency developed. You can always import with those dollars, but the costs are almost impossible to sustain for independent booksellers. If the independent can’t import, all the bookstores have the same offering.

PP: At the same time, there’s a boom in local authors whose sales are reaching the bestsellerdom. Don’t you think it’s a positive sign in midst of the scarcity?

RM: It was, at one point, but I can’t see it as positive any longer. A culture, to be well and alive, needs diversity.