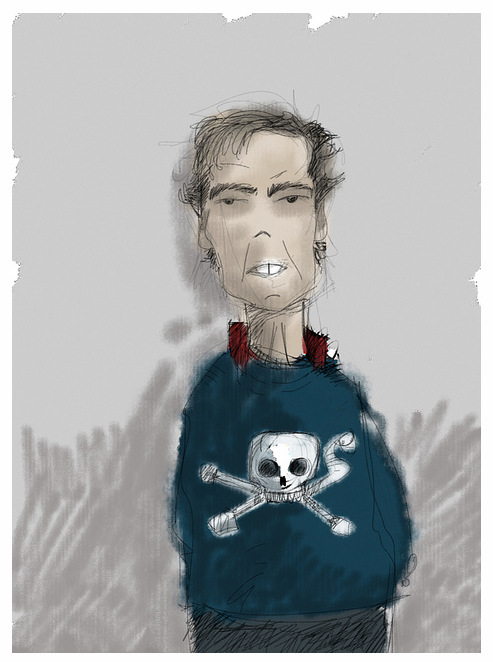 Are things changing in publishing all that fast? Perhaps not as fast as in previous years. NEW YORK: New York City Fashion Week competed with O’Reilly’s Tools of Change for Publishing conference for attention, space and buzz. The theme of this year’s TOC NYC was “Change/Forward/Fast” — a snappy tagline, to be sure — but one that raised the question of whether things really are changing in publishing all that fast? The answer is: perhaps not, or not as fast as in previous years.

What does change is what’s buzzy. Or in the words of fashion model Heidi Klum, host of Project Runway: “In fashion, one day you’re in, the next day…you’re out.” So, in that spirit, we offer a sampling of what was in and what was out at this year’s TOC.

If one thing was clear from this year’s TOC it’s that the publishing business is finally getting serious about data and analytics. This can mean looking at the granularity of day-to-day marketing strategies — such as when to send out a tweet to get maximum re-tweets on your social network (there’s an app for that), making quantitative assessments of the number of books a “library power patron” will buy based on their reading habits (one bought for every two borrowed), or the likelihood of a German to feel bad about downloading a pirated e-book from BitTorrent (not so much).

This can also mean Big Data, which is the overall statistical big picture of sales activity across your entire publishing company — which, if the keynote offered by Roger Magoulas, O’Reilly’s media research director, is any indication, requires a kick-butt computer, a wizard to program it, and a genius to interpret it. (Interested in Big Data? O’Reilly’s upcoming Strata conference goes in depth.)

Yes, from the vantage of TOC, the geeks shall inherit the publishing business. It’s time, publishers, to hire that Stanford statistician who couldn’t make it with the Oakland A’s.

Social reading already seems to be a thing of the past — or perhaps it still remains a thing of the future. While this time last year “social reading” was on everyone’s lips, in 2012 it seems to be have been met with something of a shrug. You don’t hear the giants talking up the social experience of their platforms as a USP — Amazon, Apple, B&N, Google. It’s the challengers, such as Kobo and Copia who hope to leverage their superior social reading tools to their advantage.

Copia is an e-book sales platform predicated on the very idea of social reading, has proven a resilient sponsor of TOC (and provided some very nice shoulder bags for attendees), but their real impact appears to be not in the US, where they remain an afterthought to many e-book buyers, but overseas. They are, for example, the first international trade brand to actually launch in Brazil — the Submarino Digital Club (submarino.thecopia.com) is a fully localized version of Copia for Brazilian market — where others are still trying to get teams together. Copia is also making noises about moving into other parts of Latin America and Spain.

Does Copia have a chance to work in Brazil? Perhaps. After all, Brazil is one of the few places where Google’s Orkut social networking app took off. Yes, y’all, it’s all about CDO now — as in Content Discovery Optimization — or so says Jesse McDougall of Catalyst Webworks. The notion of SEO is antiquated, especially now that Google has tweaked the algorithms it uses to crawl web sites. The latest strategy is to learn to work social media sites — where much of the traffic is originating — to the best of your advantage. This might mean including Open Graph-friendly code into your web pages or making certain that you make a habit of logging into Google+. “No one knows where they get their information from these days,” said McDougall, “so the best you can do is make sure the trail always leads back to you.”

The backlash against SEO was underscored by Clay Johnson, author of the The Information Diet: A Case for Conscious Consumption, who offered a keynote entitled “Is SEO is Killing America?” He argued that SEO is narrowing our field of vision to the point where we are filtering out everything that we don’t agree with, already buy, or isn’t one of our “preferences.”

“Clicks have consequences,” said Johnson in an interview with Publishing Perspectives, “you can’t have a media system that gives people exclusively what they want. You might want to eat fried chicken and ice cream all day, but that’s going to make you fat. It’s exactly what is happening with our media. We’re getting obese on over-consumption. Pizza does taste better than broccoli. It should be quality over quantity.”

Out: Hate as a Business Strategy

Maybe it’s because most of them are involved in lawsuits of one sort or another, but the vitriol against Amazon, Apple, and Google was significantly toned down. Having had opportunity to interview Bill Patry, senior copyright counsel for Google, I came away with an understanding of the importance of not anthropomorphizing the law — “How do you ‘respect’ a law such as copyright?” said Patry. Likewise, this notion can and should be extended to companies (you can hate the people who work at those companies, but that seems kind of terrible, doesn’t it?). It’s not about emotion, it’s about being rational. Unfortunately, after more than 20 years and 11,000 pages of published legal opinion on the topic, Patry doesn’t believe the we can have a rational discussion about copyright, something he underscored during his comments at TOC. “The only rational conversation you can have is among people who share your view,” he said, in a scary echo of Johnson’s thoughts cited above. In the same week that the New York Knicks’ Jeremy Lin enchanted the sports world, TOC featured two keynote speeches from African-Americans — one from actor LeVar Burton and another by Baratunde Thurston, director of digital at The Onion and author of How to Be Black. What’s more, several people pointed out that there appeared to be many more women present than in previous years. Yes, maybe that was just wishful thinking — after all TOC once again coincided with Valentine’s Day and O’Reilly does have a reputation for catering especially to…how to put this delicately…nerds.

VISIT: The web sites for upcoming TOC events in Austin and Bologna.

DISCUSS: What Does Your Conference Bag Say About You?