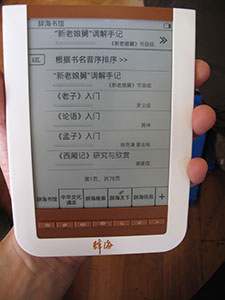 Several companies in China have the ability to better what the Americans can offer. Today’s feature story offers an overview of some of the latest developments in the “Digital South” — the metaphoric region that is home to the world’s developing economies, including Brazil, India, China, and elsewhere. And while it’s widely acknowledged that the US is the global leader in digital technology related to publishing, Europe is catching up and several companies in the Digital South — especially in China — have the ability to better what the Americans and Europeans have to offer. Tell us, how many years will it be before China can rival the US for digital dominance?