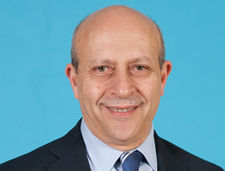 A change in curriculum by the new conservative government may cost publishers close to 100 million euros. José Ignacio Wert is smiling while publishers are crying foul

In Spain, publishing becomes a risky business when you have to face a radical change in government…

José Ignacio Wert, the new Minister of Education, Sports and Culture, has unleashed the fury of textbook publishers with last-minute changes to the curriculum for a subject known as Citizenship Education, which has rendered useless tens of thousands of books already printed for the next school year.

According to ANELE (the association of educational publishers that represents 97% of the industry) the ill-advised move will cost publishers 60 million euros worth of existing inventory, while the price of launching new textbooks with the new content demanded by the conservative government are estimated to run another 35 million euros.

José Moyano, president of ANELE, has recommended that members of the guild quantify the damages in order to sue the Ministry. “It’s unfortunate that we suffer the consequences of unplanned decisions made without consultation. We are in a very difficult situation and the business can’t afford losses of this dimension,”  he said during a radio interview.

The publishers also pointed out that such a change in content can’t be realized overnight and expressed doubt that the current schedule imposed by the Ministry is feasible if the new textbooks are achieve academic standards.