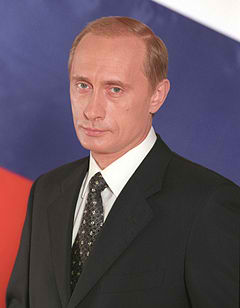 The 100-book required reading list is to be compiled by Russia’s “most influential cultural figures.”

Late last month, Russian Prime Minister Vladimir Putin, perhaps better known for his judo skills than his literary tastes, laid out plans to compile a canon of 100 Russian books, “that every Russian school leaver will be required to read” in an attempt to preserve the “dominance of Russian culture.” In a more than 4,500-word article in Russia’s Nezavismaya Gazeta newspaper, the Russian prime minister, currently running for a third time as president, wrote that “in the 1920s, some leading universities in the United States advocated something referred to as the Western Canon, a canon of books regarded as the most important influential in shaping Western culture,” adding that “each self-respecting student was required to read 100 books from a specially compiled list of the greatest books of the Western world.”

Proclaiming that Russia has “always been described as a ‘reading nation,’” Putin proposed taking a survey of the country’s “most influential cultural figures” and the compilation of “a 100 book canon that every Russian school leaver will be required to read – that is, to read at home rather than study in class or memorize. And then they would be asked to write an essay on one of them in their final exams. Or at least let us give young Russians a chance to demonstrate their knowledge and world outlook in various competitions.”

Perhaps not surprisingly, even though the list is still to be compiled, there is opposition to Putin’s plans. Journalist Alexander Nazarayan, currently writing a novel about Russian immigrants in New York, called Putin’s announcement a “cultural-unity-through-literature proposal” and proclaimed it the Russian leader’s “most chilling [plan] of all.”

“Social engineering through state mandated literature: Nothing else that Putin has done has been quite so nakedly Soviet in its desire to manipulate the human intellect into docility,” is quoted as saying in The Guardian, predicting that “the books that will benefit from cultural policy will almost certainly be Soviet-era schlock churned out by Writers’ Union foot soldiers who glorified their compatriots’ miserable existence.”

Similar projects have been instituted around the world by other political leaders, including Hugo Chavez, who developed a “revolutionary reading plan.” Some see them as a boon to the book business, while others deride them as propaganda of the state.

Whether Putin’s selections will be featured at the specialist Russian bookshop scheduled to open in Waterstones’ Piccadilly branch is a question still left unanswered.