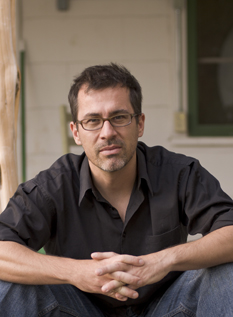 The translator thinks, if something in language A is good enough for its native speakers, why not for others? The translator and the polyglot take two very different stands toward the fact that all humans don’t speak the same language. The translator is the transportation business, bringing meaning back and forth across linguistic boundaries for the benefit of those more linguistically rooted. The polyglot, on the other hand, goes it alone, rarely retraces his or her steps, and doesn’t carry anything for anyone. The translator runs a ferry. The polyglot is like Marco Polo.

Of course, some polyglots and hyperpolyglots I write about in my book Babel No More (just published by Free Press) are (or were) translators, partly because it’s a way to make a living from one’s linguistic experiences. Lomb Kató, a beloved figure in her native Hungary, worked as a translator; she was learning her 17th language, Hebrew, in her 80s. Erik Gunnemark, the Swedish author of The Art and Science of Learning Languages, could translate in 40-odd languages, and Emil Krebs, a German diplomat who died in 1930, was trained as a Chinese translator but said he could work in 31 other languages, as well. The American diplomat and military officer Vernon Walters worked as an interpreter in multiple languages for several US presidents.

A lot of positive attention for Babel No More has come from translators (for instance, Peter Constantine, an award-winning translator, wrote the review for the New York Times). Like hyperpolyglots, they’re passionate lovers of language, deeply involved in languages in a way that most people, even native speakers, aren’t. These abilities involve a specialized kind of linguistic intelligence and skill that outstrips even the best metaphors to explain the practice. And, like hyperpolyglots, they’re misunderstood, underestimated, and overlooked. But some of the hyperpolyglots didn’t do much translation work at all. The 19th-century Connecticut-born Yankee Elihu Burritt, for instance, taught himself to read in 30 languages. He helped out once a in a while when strange documents in unknown languages showed up, but he mainly worked as a blacksmith, then became a trans-Atlantic postal reformer (he thought letters should cost a penny to mail). In 1806, the first published mention of Italian cardinal and famed language learner Giuseppe Mezzofanti was about a little translation job he did, and later he rooted out potential heresies that were rooted in inapt translations of Scriptures. But he didn’t really spend his time enabling other people’s experiences.

And if you think about it, polyglots and translators aren’t really on the same team. Each practice, in its purest form, takes opposing stances toward the sufficiency of translation. Yes, the polyglot’s relentless accumulation of languages is rooted in the same historical and cultural conditions that helped to shape translation traditions. And yes, translation traditions are oriented in various ways toward meaning-making and meaning-preserving. This isn’t to say that one practice is better than another. Rather, it’s interesting that affinities run so deeply despite these differences.

Of course, not everyone can become a polyglot, so we still need translators. On the other hand, translators can’t translate everything for everyone, so it’s because of that gap that we’ll always have people going down that polyglot path.

Michael Erard is the author of Babel No More: The Search for the World’s Most Extraordinary Language Learners (Free Press). His writing has also appeared in the New York Times, Science, Wired, Slate and many other publications. His book about what we say (but wish we didn’t), Um…: Slips, Stumbles, and Verbal Blunders, and What They Mean, came out in 2007 (Pantheon).

DISCUSS: When is a Translation Superior to the Original?