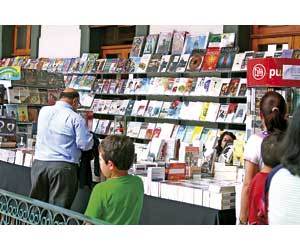 MEXICO: Xalapa, known as “the Athens of Veracruz,” has seen nine of its bookstores close their doors in the last three years. The city, famous for its university and for having the biggest collection of Diego Rivera paintings in the entirety of Mexico, is at the center of a maelstrom which has destroyed 25% of the bookstores of the state of Veracruz. As a result, only 40 booksellers are left to serve a population of seven million in a territory of more than 30,000 square miles. “At least 25 of the bookstores left are struggling with bankruptcy, due to a sharp decline in sales,” says Gustavo Ramirez, president of the Booksellers Association of Veracruz. Since the beginning of 2012, sales have dropped 40-50%, adds Ramirez, whose association failed to organize a book festival in Xalapa last year due to lack of financial backing from the City Hall.

For Ramirez, the three main culprits in this massive extinction of retailers are, in order: the internet, the Xerox machine and the authorities, who are unconcerned with promoting reading. “The universities photocopy whole academic books, so you have 30 readers for each legal copy bought,” he complains, warning that the only way to survive today is to sell bestsellers by major publishers.

Internet or not, the last report on reading habits published by the OECD ranks Mexico as number 107 of the 108 countries studied, with just 2% of the population of 113 million demonstrating a commitment to reading.