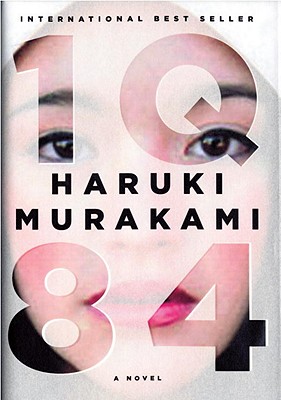 The reading experience on a Kindle is like “reading through a tub full of dirty dishwater,” said book designer Carin Goldberg at an event entitled “The Next Chapter: The Design and Publishing of the Digital Book.” E-books, and the endless uniformity of their reflowable text, are some of the most egregious offenders of bad aesthetics. The event took place in late January at the New School for Design in Manhattan and was organized by AIGA, the professional association for design. Goldberg (designer and design instructor), along with Chip Kidd (Knopf), Jeremy Clark (Adobe) and Craig Mod (writer and publisher) spoke about the design challenges and opportunities that digital books present.

One thing that the speakers made clear is that the design of a book is very much informed by the format. Chip Kidd flipped through images of his wonderfully designed cover for 1Q84 by Haruki Murakami, and lovingly explained how the design of the hardback reflected the two planes of existence in the book. But of the two-dimensional cover on the iPad, Kidd remarked sarcastically, “whoop-di-f*cking-doo.” The audience roared with laughter. In truth, however, the iPad cover is what many readers are going to see — both when they browse in the iTunes store and when they open the book for the first time.

When designing for digital, Goldberg said, “the vocabulary is very different from print.” Maybe the mindset needs to be different as well. Shoving print design into digital format can result in less-than-exciting outcomes, like Kidd’s reaction to his own design on the iPad.

So what is the solution? If there are design limitations with digital content, there are also new opportunities. Goldberg presented a showcase of animated book covers her students had produced. My first reaction: why don’t more publishers do animated book covers? Of course we have to ignore the fact that such animations are impossible on black-and-white e-readers.

Nobody really had a solution for ugly e-reader content (or badly rendered book covers on devices like the Kindle). Again, it all depends on the format you’re working with.

Jeremy Clark, Director of User Design at Adobe, was part of the team that created the much-hyped Wired app for the iPad. Adobe started working on a digitized Wired app before the iPad came out, and when it did, Clark said they knew it would change everything. One of Adobe’s goals was to preserve the distinctive visual identity of the print magazine, while taking advantage of interactive features like video, 3D modeling and internet connectivity.

Given that the Wired app quickly became a standard by which other magazine apps were measured, I’d say Adobe achieved its goal.

Craig Mod took an entirely different approach to this subject; he spoke about the print book as a necessary physical reflection of our digital lives. When you’re working constantly with digital content, “your frame of reference is very thin,” said Mod.

Mod worked for a year with a team of developers to create an iPhone app called Flipboard. Over the course of the development process, the team created thousands of sketches and designs, wrote thousands of lines of code, and took hundreds of pictures. All of their work was stored in digital folders on a cloud server. A digital folder with 5 gigabytes of content, Mod pointed out, looks the same as a digital folder with 5 megabytes in it. You lose your frame of reference. But a book with 500 pages looks different than a book with 50 pages.

To preserve his experience with Flipboard, and as a kind of tribute to the year of work, Mod created a print book that contained each and every piece of content that the team had created. We need things with “boundaries and edges that a human being can parse,” he concluded.