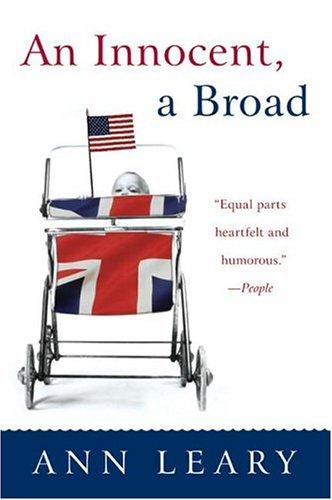 Books and book review titles that rely on pandering puns, stupid references, and bad wordplay have got to stop. As someone who frequently reads book reviews and occasionally writes them, I have long been bothered — at times agonized — by the convention of giving books, book reviews, and literary essays titles that rely on pandering puns, stupid references, and bad wordplay. Truly, I say unto you, this has got to stop. The New York Times, which I revere as much as the next guy, is such a repeat punning-and-wordplay offender that it might almost be called the house style. Practically every New York Times Sunday Book Review has at least one review or essay with a title involving wordplay or punning. It is has been only days since the Times printed “The Morning after Mourning,” a review of a memoir about a man recovering from the death of his adult daughter. Another, covering the movie version of The Adventures of Tintin and the books upon which it is based, was titled “An Innocent in America,” a reference to Mark Twain’s The Innocents Abroad, which has been used endlessly in popular writing as “an innocent abroad,” in reference to such wildly divergent personalities as Amanda Knox and Barack Obama.

A recent review titled “Finding my Religion” — an obvious allusion to the R.E.M song “Losing my Religion” — was at the eye of a referential whirlwind. It was a review of a book titled Man Seeks God: My Flirtations with the Divine, an apparent play on the notion of personal ads, though one that seems an odd fit for a book about religion. Is the implication that the author wants to date God? Presumably not.

It would appear that after slaving for untold hours, days, weeks and years on their ambitious and earnest works, the writers of the world key in the final words of their reviews, articles, novels and religious memoirs and then ask themselves, “What title can I devise that is cute and that achieves a surface level of cleverness while also being essentially meaningless?”

The New York Times had another double smash with the recent review of Joseph Esptein’s Gossip: The Untrivial Pursuit. The review, titled “The Dirt About Gossip” ironically begins, “Most of us scriveners feel obliged to call our books something catchy in the hope of impressing potential readers with how clever we are. Not so Joseph Epstein.” The subtitle, “The Untrivial Pursuit” gets called out later in the review as “clunky” for calling attention “to a premise that would seem to be self-evident.” Funny, that wasn’t the problem I had with it. What, after all, is the point of all this wordplay? It certainly isn’t done in the name of originality. A quick search turns up one article and blog post after another titled “Finding My Religion.” Maybe the reason is simply that, as writers, we wish to prop up our work with sayings and colloquialism that are more established than our own ideas, regardless how irrelevant those well-trod usages might be in the context of our specific work. Which is a reason perhaps, but hardly an excuse.

In their reliance on cheap puns and low-level wordplay, the worst titles aren’t merely silly, they’re cliché. The avoidance of clichés is a fundamental so often discussed that even writing about not using clichés has become cliché. I like the idea of writers avoiding clichés, of typing them in and then replacing them with something better. Or of facing down the temptation to write something one knows has been written a hundred times by other, lazier writers. I enjoy imagining these episodes of cliché avoidance because it seems to me that they portray writers doing what is their duty to do: putting words together in a new way, doing the work of writing in a manner that isn’t ridiculous. That, after all, is what bad titles do, they render things ridiculous. They self-deprecate to the extent that the work itself is devalued.

The critics and magazine editors may be excused for such sloppiness, as they are likely taking cues from the book business itself, which now employs so many clichés and so much wordplay in titles that it’s all-but-impossible not to parrot the practice.

Quick, did Bruce Springsteen write “Born to Run?” Yes…and no. It’s also the the title of Christopher McDougall’s bestseller Born to Run: A Hidden Tribe, Superathletes, and the Greatest Race the World Has Never Seen. Sure, on the face of it this seems to make sense, since the book is literally about a group of people who are genetically pre-disposed to running long distances. But it also serves as a verbal hook into the reader’s brain, transforming it from a book title invested with meaning into what is essentially an advertising jingle.

To take another example, look at Tom Brokaw’s The Time of Our Lives: A Conversation about America, a book that would might bore me to tears if the title didn’t make me think of that awesome dance number in the movie Dirty Dancing. Googling it, I also learned that Miley Cyrus used “The Time of Our Lives” as the title of one of her EPs two years before Brokaw used it. Can’t argue with good taste, I guess. To his credit, Brokaw tried to dilute the horror by sub-sub titling his book “Who we are, where we’ve been, and where we need to go now, to recapture the American dream” which is basically a buffet of clichés. When you start looking around, you start to see the cliched wordplay everywhere.

Drinking, smoking intellectuals are do it. See: Hitch-22 by Christopher Hitchens.

The opposite of drinking, smoking, intellectuals do it. See: Mitch Albom’s Have a Little Faith.

Even the feds do it. See: What Every Body is Saying: An Ex-FBI Agent’s Guide to Speed-Reading People.

Riffing on the hackneyed The Innocents Abroad references I noted earlier, Ann Leary, the wife of comedian Dennis Leary, titled her 2004 pregnancy/travel memoir, yep, An Innocent, A Broad.

And, though Isaac Asimov did write I, Robot, what does it imply about its subject when a similar title is used for the book of quotations, I, Steve: Steve Jobs in His Own Words?

My heart breaks to report that The Last of His Mind: A Year in the Shadow of Alzheimer’s is an actual title, and presumably a play on “the last of his kind.” That one is just too inappropriate and depressing.

Notice how the colon comes into play in most of these titles. Colons are now writer-speak for “but seriously folks.” It’s as if, now that he’s gotten his little joke out of the way, the writer can tell potential readers what the book is really about. The only problem is that the joke being told at the book’s expense is also the title of the book.

Consider the wordplay, punning and reliance on clichés for which country music is famous. Song titles like “I’ve Got a Thinkin’ Problem” and “Now I Lay Me Down to Cheat” are de rigueur in that corny world. But the sad fact is that the literary instances mentioned above are in every way more egregious than their country and western counterparts. When George Strait, sings “On the Other Hand”, a song about debating infidelity on one hand while considering the marriage ring he wears “on the other hand,” the play on words is completely logical, unlike something like I, Steve or Man Seeks God which work like double entendres missing their second halves. As much as I appreciate country music, it seems to me that our literary work should aspire to greater heights than, say, Conway Twitty.

Which is not to say that playful titles can never be pulled off. When they’re done intelligently and with a sense of humor that’s actually appropriate to the text, playful titles can be terrific. No, not for your Alzheimer’s memoir. I’m thinking more along the lines of Howard Stern’s Private Parts, a reference to both Stern’s childish genital fixation as well as his famous habit of over-sharing. Mary Karr’s Lit: A Memoir references both her career in letters and her past troubles with alcohol but also communicates that she doesn’t take herself too seriously.

So ubiquitous is this phenomenon of bad titles that, I admit, I’m as brainwashed as anyone. Just last week, I came dangerously close to joining the ranks of those I despise. I had written a review of a novel called The Fallback Plan, about a twenty-two-year-old girl returning to her parent’s house after she graduates from college with no job prospects. As I prepared to email it to the editor, my cursor hesitated at the center of the document just above the first paragraph of the review. I had no title. Then — was I possessed? — I typed the words “Late Launch,” thought, “That’ll do,” and saved the document.

The title, in case it isn’t obvious, is an idiotic play on the term “late lunch,” as in “We had such a late lunch that we wound up having supper at midnight like a couple of Spaniards.” What is unclear is why I would ever have thought that was an appropriate title for a book review. “Late Launch” was just a lame attempt at sounding cute and clever, yet in a completely meaningless way.

The fortunate conclusion to my own titling catastrophe is that, before sending “Late Launch” to my editor, I thought twice and renamed it something like “The Fallback Plan—reviewed”, somewhat in the tradition of book reviews printed by industry stalwarts The Guardian and The Los Angeles Times. But I was this close to sending it as it was. Still, I know I can do better than hiding behind something so generic. I’m working on it. I can’t promise there will no lapses in my future. I can only promise that I’ll try to improve. Let’s all try.

Drew Nellins’ work has appeared in Tin House, The Believer, Paste Magazine, the Rumpus and HTMLGIANT. He is is researching a book about Simon and Garfunkel’s Concert in Central Park in September of 1981. If you have any information, recollections, or connection to the concert, please email him at centralparkconcert@gmail.com.

DISCUSS: What Makes for a Memorable Book Title?