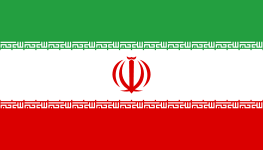 The latest edition of Iran’s Publication Database states that the number of bookstores in Tehran rose from 858 to 895 in 2010. Overall, 198 new bookstores opened in the county, 37 of which were in Tehran. Iran’s publication database is published every year to provide statistics on the list of booksellers, print houses, publication centers, lithographers, and paper sellers of the country.

One would expect Persian publishing to be doing well too, but as with anything in Iran, publishing is very tightly regulated, controlled and censored…so it’s tough to really know how the business is doing. Some of the strongest and most interesting publishing happening in Iran is done out-of-sight for obvious reasons.