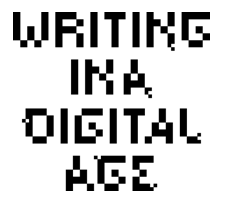 The Japanese practice of “Pecha Kucha” (literally “chit chat”) in which architects rapidly present their work in 20 images for 20 seconds each, will be adopted at a new digital conference in London this summer. And  that won’t be the only aspect of this conference that is different. Unlike so many previous events, Writing in a the Digital Age is aimed at authors, both those hoping to find a publisher and those writers who are already published but who need advice about the new digital landscape.

The conference is the inspiration of The Literary Consultancy (TLC is cool abbreviation: doesn’t everyone need TLC?), the UK “manuscript assessment service” founded in 1996, which has worked with a number of partners, including the Arvon Foundation, which runs courses for writers, The Literary Platform and Commonwealth Writers. Authors Kate Mosse, Hari Kunzru and Linda Grant will speak on the new digital landscape and the opportunities it presents, while a section called Canon Tales will borrow from Pecha Kucha and see publishers and agents, among them Simon Trewin (United Agents), Cathryn Summerhayes (William Morris) and David Godwin (David Godwin Associates) talk for seven minutes each about what has excited them in the business, using 20 images each lasting 21 seconds.

Jon Slack, who has worked on the programme while also organizing the DSC South Asian Literature Festival, said: “We’ve done this once or twice before and it works well. I think it can be quite daunting for new writers to walk into a room full of agents and authors, and this will act as an icebreaker. If you like, it will humanise agents and publishers for new writers.”

Rather appropriately, Swift — whose mother is the novelist Margaret Drabble — is currently away at writers retreat in Scotland, working on her own novel. She says: “When The Literary Consultancy was founded, the publishing landscape looked totally different from how it does today. We need to keep up with the times to help writers in the best possible way, and this conference will address the questions we are all asking ourselves about the future of writing.”

The conference, which runs June 8 and 9 at the Free Word Centre in central London, will also see US author Robert Kroese talk about self-publishing. He is the author of Self-Publish Your Novel: Lessons from an Indie Publishing Success Story. A session called PEN FACTOR will borrow from British TV’s hugely successful X Factor and will see two panels of agents and publishers critique five fiction projects, submitted before the conference and chosen by TLC. Each panel will then be voted on by the author/delegate audience.

Sophie Rochester, founder of The Literary Platform, will host a session looking at some of the innovative digital projects that exist, and she sums up the aim of this new conference well. “Too often the writer’s perspective is under-represented at digital publishing events. At Writing in a Digital Age, writers will share their experiences with other writers, putting them at the centre of the debate.”