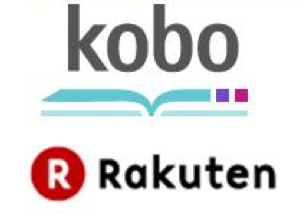 “We can be so ambitious because of Rakuten,” says Kobo’s EVP of Business Development

“We built Kobo as a global company,” says Todd Humphrey, EVP of Business Development at Kobo, “and our acquisition by Rakuten has brought us serious resources and will allow us to expand on a global scale.” Rakuten, one of Japan’s largest e-retailers, completed its purchase of the Toronto-based e-bookseller last week for some $315 million in cash and already the deal has been blessed: with the recent hike in the value of the yen versus the US dollar, the Japanese company looks to have already saved several billion yen on it’s purchase price dating from its original November 8 announcement of its intent to buy.

Humphrey calls the timing “auspicious” and emphasizes that the two firms are a good fit, in particular when it comes to servicing emerging and underdeveloped e-book markets. “Japan, for example, offers some really unique challenges — there is the disagreement over file format, the language formatting, and the relationships with the publishers,” noted Humphrey. “Sony has had an e-reader there for a long time, but we’ve never seen them as a global competitor. I think we’ll have a good opportunity there. And when you look at another big opportunity — Brazil — going there on our own would have been difficult. With the backing of Rakuten, we have a chance to go in and be a dominant first-mover.”

When it comes to Brazil, which already has several indigenous e-book providers and is being courted by Amazon and Google, speed will be a priority and Humphrey confirmed both Brazil and Japan as new markets “likely” to open in the coming year. Kobo, which now has a base in Asia, is also looking at further expansion in the region, and in particular Indonesia and the Chinese-speaking nations. Overall, Humphrey says Kobo is looking at ten plus countries in 2012.

The key for Kobo, says Humphrey, is developing localized content. “We’re not just going to launch English language outlets,” he says. “We’re really focused on bringing out user experience and leading social platforms to all these markets. To do that you have to localize it from a language perspective.” Todd Humphrey showing off Kobo in Hong Kong in 2010

And that means finding the right people to work with, which admits Humphrey is challenging, “but,” he adds, “doesn’t have to be an impediment.”

“Our philosophy has been to run as fast as we can with the people we have. Germany is a good example, We wanted to offer a localized experience with devices and content and did the initial launch with our Toronto and New York City-based teams. Then, within five months, we were able to show what we could to and attracted the perfect person to run Germany for us.”

He continues, “It’s no secret that the US is our most challenged market, and while we’ll continue to spend to build our brand and market share, our strongest growth will likely be overseas. In the past few years we’ve had the majority of our sales in Canada and the United States, with the remainder coming from Australia and New Zealand, but with the opening of the UK, Germany and France last year, the mix got broader. Now with the Netherlands having just opened for us and more countries coming on line, we expect to see the share of sales from the US and Canada dropping below 50% of our total revenue.”

Humphrey is demur when it was suggested to him that Kobo’s acquisition by a Japanese company will give it greater access to cutting edge technology. “What it really helps us with is with the economies of scale and allows us to negotiate better pricing for devices and parts,” he says, “and our plan is to continue cranking out tier-one devices as we always have.”

On the retail side, the relationship with Rakuten should offer new e-commerce channels for the e-bookseller and the devices are already available through Rakuten-owned subsidiaries Buy.com and Play.com. It also won’t strain existing bookseller and retailer relationships, promises Humphrey, who says Kobo devices will continue to be sold at outlets such as Best Buy and Target in the United States and WHSmith in the UK. “In fact, we expect to have an event bigger presence with our retail partners in the coming year.”

“We can be so ambitious,” he says, “because of Rakuten.”

DISCUSS: Will B&N’s Nook Division Be an Acquisition Target?