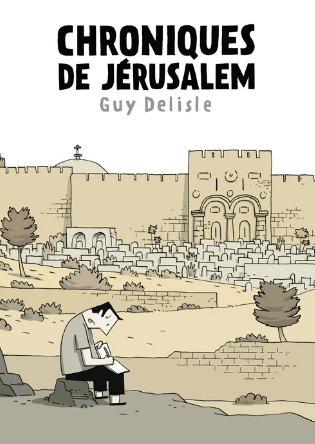 Deslisle, who is published by Delcourt in France and Drawn & Quarterly in Canada, was trained in animation and has published a multitude of comics for children and adults. He is best known for his travelogues, which include Shenzhen, Pyongyang, a journey in North Korea, and Burma Chronicles.

“Chroniques de Jerusalem” describes the year Delisle spent living in Arab East Jerusalem with his family when his wife was posted there with Doctors without Borders. In his understated style, with easy humor, Delisle uses his “stranger in a foreign land” approach to draw a portrait of a manic city where occupation, religion and contradictions are the norm.

Delisle’s book will be published in English by Drawn&Quarterly this spring.