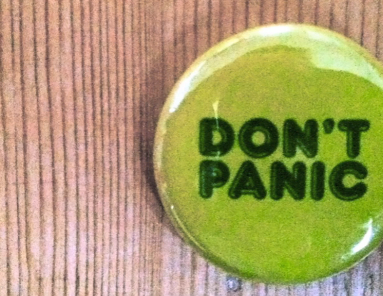 In 1993 Douglas Adams, the world-renowned author of The Hitchhikers Guide of the Galaxy, recorded a short piece of audio for his US publisher of the time — Bob Stein, then of Voyager Expanded Books, later founder of the Future of the Book Institute and SocialBook.

Nearly 20 years later, Bob Stein kindly donated this piece of audio to The Literary Platform for us to host on the site. It seemed a shame to have the audio clip tucked away anywhere and it seemed more appropriate to create something much more substantial around the audio. His prophetic words boom out across the crackly recording giving us his acutely accurate sense of the evolution of the book. With the industry also in the middle of such a cross-disciplinary age it seemed to make much more sense to creatively bring the audio to life somehow.

We decided to host an international competition inviting creatives to produce an animation that was fitting with Douglas Adams’ words. Even listening to the audio conjures up playful imagery — from the “hardware problems” of writing on rocks, to scrolls, to the bound book and finally the silicon chip.

To host the animation competition we’ve been lucky enough to work with a new video contest platform called Launchpad6 – this has enabled us to create our own Literary Platform video contest area without having to be within the public constraints of the other video platforms – without giving up the social features like Twitter and Facebook which the Launchpad6 software supports.

The winning entrant will be announced on Towel Day — the annual celebration on the 25 May, which is a tribute Douglas Adams. On that day, fans around the universe proudly carry a towel in his honor. The winner of the competition wins an iPad2 loaded with Douglas Adams books and apps and a Don’t Panic towel to carry on Towel Day. Selected entrants will also see their work hosted on The Literary Platform and exhibited at a launch event to tie in with Towel Day.

Setting up this competition has been a truly international affair — the judges will be in the US, New Zealand and London, the video contest platform based in Australia. We hope to have entries from all over the world — from students and studios alike.

Family, friends and fans are all set to celebrate what would have been Douglas Adams’ 60th birthday this year, and it’s clear that so many people around the world, as we do with this competition, want to ensure that his fun and futuristic words live on for generations to come.