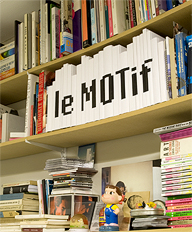 According to a new report, the best-selling paper comic books in France are also the most pirated ones. PARIS: Europe’s most important comic festival opens this week in Angoulême, France, with Art Spiegelman leading the jury. It’s perfect timing for the release of a study on the state of pirated comic books in France, by Le MOTif, the Paris regional government’s book and writing “observatory.”

The third in a series of reports on piracy that began in 2009, Le MOTif zoomed in on comics, as this is the category of books that is pirated the most in France. Comic books make up 10-14% of France’s global book market, but the availability of comics in e-book format does not meet the readers’ needs — resulting in organized teams of pirates (up to 100) that have scanned 30-35,000 comics, of which 8-10,000 are accessible to a larger public, which might not know about specialized sites.

Dupuis, along with Delcourt and Dargaud, are among the most pirated publishers.

The MOTif report reveals that of the 50 best-selling comics, 58% of these are not available as e-books. Pirated mangas are often streamed, whereas comic books are scanned. These generally good quality files, either PDFs or images, sell for an average of $15, slightly below the price of the equivalent paper book.

It is also interesting to note that these pirating teams are well organized and able to scan new mangas that are released in Japan. They even provide professional quality translations (including footnotes). The pirated comics are then sold online until the legal version appears in France, at which point they are removed. (After Japan, France is the country where the most mangas are sold.)