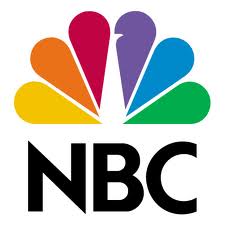 “The cost structure for us to get into this is different than for a publisher…it’s all sunk costs.”

“With the launch of our new e-books platform we’re merging two industries: traditional publishing and the news business,” says Michael Fabiano, general manager for the recently announced NBC Publishing. “We can look at something that exists that we’ve already done — the Today Show, Nightly News — and ask ourselves if it makes sense to go deeper. It’s a combination of the publishers mindset and the TV mindset.”

Fabiano came to the project after five years in business development with the company. He helped launch NBCarchives.com, among other projects, and intends mine the company’s archive of over one million hours of unaired video for suitable material for enhanced e-books. This “backlist” of footage will provide the inspiration for new enhanced e-books and regular e-books. It will also allow them to, theoretically, react quickly to breaking news items and crash new books to fulfill any perceived gap in demand.

While NBC may seem like an unlikely new player in e-books, it has co-published several enhanced e-book editions in the past year, including JFK: 50 Days and a 30th anniversary edition of Roots, both joint projects with the Perseus Books Group; and D-Day: The Battle for Normandy and Berlin 1961, both in partnership with Penguin. There most recent book is From Yesterday to Today: Six Decades of America’s Favorite Morning Show, published by Running Press earlier this month.

In fact, Fabiano underscores that NBC Publishing will not be exclusive to NBC properties. “We’re actively looking for the best partners for each project and are open to collaboration,” he says, adding, “There’s no reason, for example, a well known author couldn’t publish a book for us.” Michael Fabiano is at the helm of NBC's new e-book venture.

That said, he also hopes to be able to draw on existing NBC talent to produce books. “I can certainly imagine Brian Williams sitting in the chair to do some voice intro for a book in-between meetings,” he says. “He could sit and do it three times in a row without problem. If you were approaching us from the outside tried to arrange that with him, it would be much more complicated.” He also points out that with digital journalists posted all over the country, NBC can report on and produce books on subjects that logistics might prevent another publisher from tackling.

Asked why NBC would be getting into another business, Fabiano says it’s all about opportunity and cost: “The cost structure for us to get into this is different than for a publisher. We have talent that has a built-in fan base, we don’t have to build a marketing team, so when you look at the cost structure of the business, it’s really just the creative costs of getting out the door and working with new authors and agents. It’s not building editing rooms and figuring out how to use them. We take that skill set of video production, it’s all sunk costs. When you consider the economics of using this building and the buildings on the West Coast, it makes a lot of sense for us as a company.”

NBC Publishing’s team will remain small, as NBC plans to pull in talent from within the larger organization as needed. “We don’t have editors,” says Fabiano, “we have producers, and that’s an important distinction.” Peter Costanzo, a well respected figure in US e-publishing, who previously worked with F+W Media and Perseus Books Group, will serve as creative director, and Brian Perrin, most recently of Rodale, will be director of digital development. A third person works on video editing, research and rights issues.

The first new books from NBC Publishing are due later this Spring. Though Fabiano wouldn’t reveal details, he did say they would be “big,” and draw from both the hard news and entertainment sides of the company.

Ultimately, NBC’s move into publishing is a play for reaching new audiences and reinforcing their relationship with existing fans. “When you look at the growth for e-books, it makes sense. The type of individual that is buying the tablet, they are bypassing the laptop. This is the way to reach them. My 72-year-old mother is reading e-books. I feel there’s a strong future in this.”

DISCUSS: Are Reports of the Death of the Book App Premature?