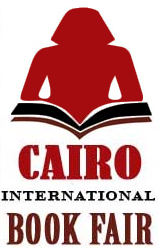 After the cancellation of the Cairo International Book Fair last year due to the revolution, this year’s book fair did indeed open January 22nd, albeit quietly and amidst some confusion. Overlapping with the first year anniversary of the revolution, the fair runs until February 7th. This year’s guest of honor is Tunisia, the country, of course, that sparked the Arab Spring.

Marcia Lynx Qualey, an American who has been living in Cairo since 2001, and combines her writing skills and love for Egypt in her highly informed and witty blog on Arabic literature, visited the fair when it opened. She anticipates that this coming Friday will be a big day, the first few days have been fairly quiet given the lack of publicity surrounding the event. “Visitors seemed happy, although the publishers didn’t necessarily seem quite so happy about the lack of organization, the scatter-shot placement, the lack of foot traffic.”

However, “just existing this year is something more than last year. Then I think publishers and authors and booksellers and readers can begin to assess where we’re at, and where we’d really like to go. Also, if there are no books yanked from the fair this year, that would be great.”

Qualey hasn’t “heard, seen, or read about any military presence or censorship thus far at the fair. I guess they’re busy.”

As might be expected, she said the atmosphere at the fair was subdued and more quiet than in previous years, perhaps “people were keeping their festival faces for Tahrir. Maybe now that Jan. 25 Part II has blossomed, people can bring part of that to the fair.”

Qualey’s blog, Arabic Literature (in English) has been up and running for over two years and is an invaluable source for all interested in the subject. She has also been reporting for the Egyptian Independent/Al Masry Al Youm for a year and a half.

For a brief history of the Cairo book fair click here