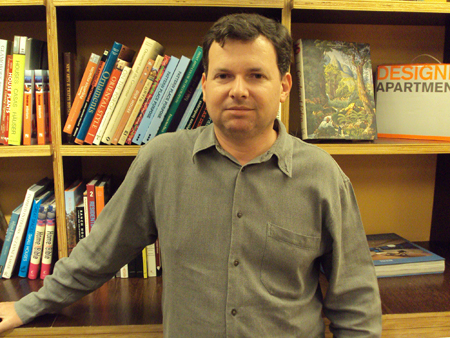 “[Amazon] will offer favorable conditions to publishers, in comparison to what is being done elsewhere in the market,” says Widman. Amazon has finally hired an executive in Brazil to prepare for its launch in the country’s e-book market, with the intention of starting operations in the next six months. Mauro Widman, an engineer who worked for the past year and a half developing the e-book platform at Livraria Cultura, one of the largest bookstore chains in Brazil, started work earlier this week (Monday, January 9th) at the American retailer. His title is “vendor manager” for the Kindle.

Widman will spend the rest of January being trained at the company’s USA headquarters in Seattle, Washington. In February, Amazon is expected to make an official presentation to Brazilian publishers and begin negotiations with each one — initially, only to sell e-books.

Widman’s challenge will be to sign publishers to deals, something he has experience in doing from his time at Cultura. Throughout 2011, Amazon met with many Brazilian publishers but failed to sign any deals. According to people familiar with the situation, the retailer requested discounts of up to 70%, a figure that was considered to high by local publishers, who are accustomed to offering, on average, 35% for e-books.

In an interview with PublishNews, Widman said he believes negotiations in 2012 will be more open and “offer favorable conditions to publishers, in comparison to what is being done elsewhere in the market.”

From the technical side, Amazon is prepared to move fast, and has a team of engineers in place already working to adapt its platform to Portuguese, said Widman.

The retailer had been searching for an executive to lead the project in Brazil since May of last year. In the meantime, Google has already hired a country lead, Newton Neto, previously of Singular, and made their official presentation to potential partners in Brazil in December. As far as is known, Google has yet to sign any contracts with publishers.

It remains unclear if Amazon plans to launch both the Kindle and launch a Brazilian e-bookstore simultaneously, as it did in Spain and Italy last year. In Brazil, the company is studying whether or not to manufacture the e-readers in country, or import them. One factor is taxes: last year, the Brazilian government reduced taxes on tablets produced in the country by more than 30% in an effort to stimulate local industry.

Nevertheless the expectation is that, once the Kindle arrives, it will become the cheapest e-reader available in the market, with the potential to drive a significant increase in digital reading.

Many retailers already sell e-books in Brazil, including Saraiva, Cultura, Gato Sabido, Positivo and Leitura. At present, e-books are thought to represent less than 0.5% of books sales in Brazil, though more and more publishers are investing in the segment. Companhia das Letras — of which a controlling stake was purchased by Penguin — has already reported a significant increase in e-book sales from previous years.

It is still too soon to tell how Amazon’s prices will compare to its Brazilian competitors. But one thing is clear, many expect the American retailer’s expertise in user experience and its ability to allow customers to make purchases easily and conveniently will give it an edge.