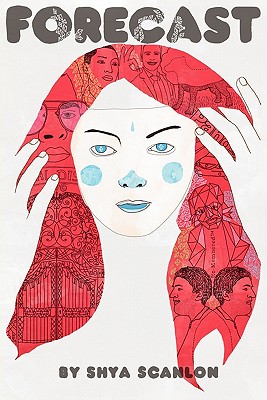 Christian's latest serial is "The Denver Cereal," a pun if there ever was one

Bring up the topic of serials in the writing community (either online or off), and it doesn’t take long for someone to invoke the success of Charles Dickens. But does a strategy that surged in popularity during the Victorian Era still have relevance to today’s writers and readers?

Both new and established authors are finding the answer is a resounding yes, and point to a growing demand for serial work, in part due to a burgeoning number of e-readers and new distribution methods for the form.

Not all serials are alike, however. While you can find many practitioners of the traditional serial that Dickens was known for — writing installments on deadline and taking audience feedback into consideration — authors are also slicing and dicing a complete work into segments as a marketing tool.

The “A-Game” of Writing

She points to the tremendous impact that Sex and the City, originally a serial in the New York Observer, had before it was on television, as well as the influence Tales of the City by Armistead Maupin had on the conversation about AIDS, published in the San Francisco Chronicle. “The Observer and Chronicle did really well with these serials — both begged the authors not to stop writing them,” Christian says.

Christian says there is considerable crossover between the groups. “A lot of the people who read every day like to buy print books. People who read books convert to reading every day when they get caught up in the story.”

Technology has been a key driver in renewing interest in the serialized form, and authors who have never before written traditional serial fiction have jumped into the medium, using e-book distribution services, such as Smashwords and Amazon KDP, to help build readership and propel sales of the completed work in both print and electronic formats. Independent novelist Roz Morris released her 100,000-word literary novel in September 2011 as four, 25,000-word episodes on Kindle for 99 cents each. Now that the full novel is available, she says it’s selling better than the episodes. “I don’t think the episodes were terribly convenient. People seem to like the print version, or tell me they bought an episode or two and then decided they wanted the whole novel in print.”

One Amazon reviewer knocked a star off Morris’s rating because she had interfered with his reading experience. But the reader did concede he had tweeted and blogged about the book far more often than he would have if it had been launched as one volume.

Morris says readers are still trying the single episodes, even though she’s no longer promoting them. “I put the individual episodes in different categories in the Amazon store and I move them around, so I guess people must be finding them through the recommendations.”

Founder of Smashwords Mark Coker has observed tens of thousands of indie e-books released via his publishing and distribution service. He says serials often work out bad for the reader.

“Feedback from readers has solidified my feeling against this practice. Books as a unit or package of media work well in the long form, and readers by and large want to immerse themselves in the experience of reading long form.” Coker says this applies to full-length novels divided into chunks after completion, or works in progress.

However, Smashwords has a policy of publishing only finished works, thus building an expectation with readers that they will receive complete works rather than serializations. (Coker surveyed his audience online, and only 9% prefer serials.) Services that are known for serializing literature, such as DailyLit and Baen Book’s Webscriptions, have loyal fan bases. But these are traditional publishing channels that aren’t available to all authors to use, which has opened the door to a variety of services promising to make serialization a profitable and convenient distribution method for emerging and indie authors.

UK-based company Fiction Express is experimenting with sales of serials, so far with a group of six authors. The work is posted chapter-by-chapter, and readers vote every week on what they think should happen next. Readers pay 39 to 49 pence to read each installment. Eat Your Serial is another service authors can use to deliver installments of their work to readers, though for the service provided (which includes editing), the site takes a cut of the proceeds if you sell either subscriptions to readers or the completed work to a publisher. DiscoverLit is another distribution platform, still in beta and by invitation only, that promises to deliver the tools for authors to profit from serial work.

Christian doesn’t use such services because her sales have always been best through Amazon and Smashwords, which distributes to other major e-book retailers. “When sites contact me and ask me to publish my next serial with them, I ask what their statistics are and can they match the level of attention at Amazon or Smashwords or iTunes or B&N. They can’t, of course.”

Graphic novelist Alex de Campi uncovered interesting reader behavior based on a serialization in 2010. “We found that EPUB readers like longer books, whereas folks reading comics on phone [are] happy with shorter bursts.” On a serialized basis, her graphic novel Valentine was very popular on Comixology and Robot Comics, which covered Android, iOS and web formats. Due to unique challenges in working with Amazon on the distribution of illustration-driven graphic novels, de Campi no longer distributes serializations to Kindle, only compilations.

De Campi’s latest graphic novel project, Ashes, was funded via Kickstarter based on the premise of serializing. She thinks this will work out better than her previous project. “I pre-sell a hardback, which includes a free digi-serialization to a walled garden of hardback buyers while the book is being created, use it to fund the creation of the book, then (hopefully) sell a trade edition and film rights based on the success of the Kickstarter hardback.”

Indie author Sean Platt is also discovering that profits from his serial come primarily from sales of the completed work. His project, Yesterday’s Gone, in collaboration with co-author David Wright, straddles the line between true serials and novel slicing. He says his story structure is modeled on cliffhanger television shows, such as Lost, and is released in “seasons” of six episodes each. Single episodes are novella length. Three seasons are planned; the entire first season was released in fall 2011. Platt focuses on sales and distribution through Amazon. He says, “Our ideal model was always free for the pilot, a $1.99 for the subsequent episodes, and $4.99 for the full season. We never wanted anyone to buy single episodes. Authors hit the 70% percent for books priced [at least] $2.99, so the individually priced episodes priced at a $1.99 only exist to make the $4.99 season look like the great price that it is, and encourage sales where we collect a 70% cut.” Before the pilot became free, Platt says sales were 1 to 1 for the first episode versus full season.

He says they now have an audience of engaged readers for the second season. “The serialization aspect promises half the fun. We can’t wait to see readers guessing what’s going to happen next, and who’s going to survive.” But debate still continues about whether the reader really prefers this type of delivery for long-form narratives. Shya Scanlon, a literary author who experimented with serialization in 2009 with The Forecast 42 Project says, “It would have been much better had I had the full print edition available during the serialization, so that people who wanted to read in full could do so. Though the feedback I received from readers during the serialization was positive, there was ambivalence about the reading process. It was either too slow or too quick for readers.”

On the other hand, Scanlon pointed out that the process of serialization, which spanned over 21 weeks, helped with buzz and in developing relationships with many editors and bloggers in his community. Ultimately, the process found him a publisher for the print book.

Author Cecilia Tan, who has a background in traditional publishing, reported a different experience with readers with her blog-based serialization of a completed novel. “The serial form sets up a kind of feedback loop where you know right away whether people are catching on to your foreshadowing or if you’ve neglected some crucial emphasis. You also know if you’ve successfully fooled them or diverted their attention from a lurking issue you can have ambush them later,” Tan says.

Two years into her serialization project, half of Tan’s income is sales of e-book compilation volumes; the other half is reader donations through her site. Plus, half of her site readers are people who discovered her from the free e-book compilation, distributed via Amazon and Smashwords.

While Tan is like many authors who experiment with serials, with varying levels of success, she and others are quick to point out that there’s a long tradition of successful serial fiction. It’s not a new form, even though some tools and services are. Both independent and traditional authors have either made a living or launched important work through serials, including Alexandra Erin, whose Tales of Magisterium University has been running for six years; Mark Danielewski, whose House of Leaves (2000) developed an online following through serialization before print release (and will serialize his next work, The Familiar); and Stephen King’s The Green Mile, which was published in monthly paperback installments in 1996.

Don’t Use Serialization as a Marketing Gimmick

Devotees of the art form warn against trying to use serialization as a marketing gimmick because they see it working for others. Tan says, “A novel isn’t necessarily best divided into chunks just for the value of creating fake suspense in readers. But for someone with a following, reading parts of an upcoming novel a bit at a time may be better than having nothing at all.”

Still, emerging authors have found that serial fiction is a way to gain visibility, give readers a free introduction to their work, and build a platform. And for the most skilled and devoted practitioners of serials, the art form can be profitable by itself.

To keep tabs on the serial writing community, check out Tuesday Serial, which curates the best online serials (#tuesdayserial) and TopWebFiction.com.

Jane Friedman has spoken at more than 200 events on new media, writing, and publishing, and has consulted with arts and literary organizations such as the National Endowment for the Arts, the Creative Work Fund, and the Contemporary Arts Center in Cincinnati. She is an assistant professor of e-media at the University of Cincinnati and blogs at JaneFriedman.com.

DISCUSS: Serial Publishing, Thumbs Up or Thumbs Down?