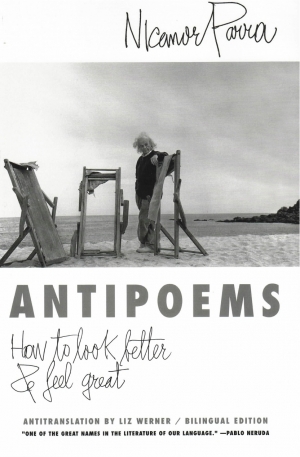 After the Nobel, the most prestigious literary prize in the Spanish-speaking world is the Cervantes Prize, which was inaugurated in 1976 and is presented each year by the Ministry of Culture in Spain. Previous winners include Mario Vargas Llosa, Jorge Luis Borges, Carlos Fuentes and Camilio José Cela, among others. This noteworthy cast was joined this year by the 97-year-old Chilean poet Nicanor Parra.

Chile has produced an exceptional number of famous poets including Gabriela Mistral, Pablo Neruda and Gonzalo Rojas. Prior to winning the award, Parra was already famous, in particular for his eccentricities and for being a man who likes his privacy — he has not given interviews for decades and considers questions “an impertinence.”

A mathematician and physicist, as well as a poet, Parra is best known as the inventor of “the anti-poem” — an ironic, iconoclastic and subversive form of versification, one that combined combines images and text in something that resembles a comic book as much as a book of poetry.