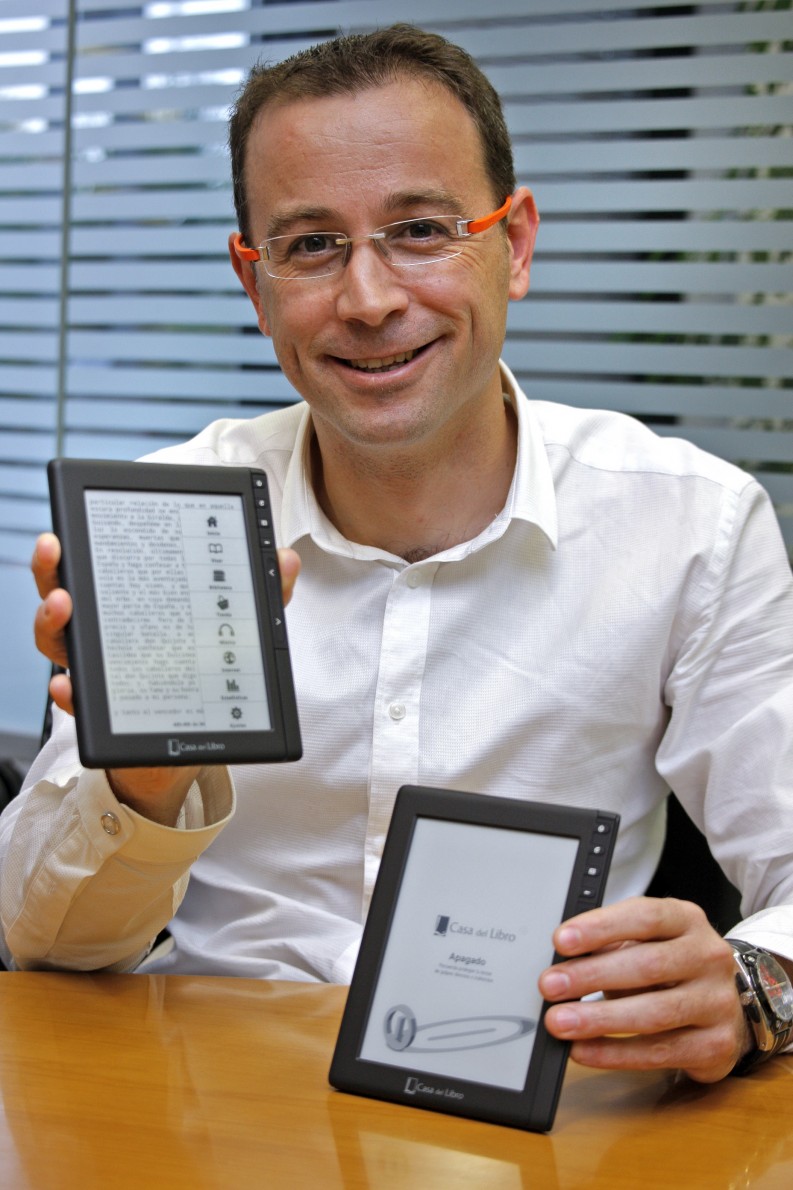 Spain’s e-book market got off to a slow start as consumers bemoaned the limited catalog available, the complexity of purchasing e-books, and the higher tax levied on them than on print editions — 18% compared with 4%. The panorama has changed radically in a matter of weeks, however, after a volley of e-reader launches in the past month. For many, the biggest news was Amazon.es opening its Kindle bookstore on Friday, with 22,000 Spanish-language titles, as well as books in Catalan, Galician and Basque. Still, the question remains whether or not Spanish e-book buyers will patronize the stores of overseas multinationals or gravitate toward indigenous offerings. After all, in the past month, several of the country’s leading booksellers also got into the game.

Casa del Libro is currently the e-book market leader in Spain, with predicted sales of 40,000 titles this year, but which still only represent 1% of its total sales, and a third of the total 120,000 e-books sold by all booksellers. E-book sales still only accounted for 0.3% of total book sales in Spain in 2010, against 20% in the US, according to GSK Consulting.

The Avant 3, one of bq's line of e-readers

The Tagus’ arrival came on the heels of other e-reader launches and just two days before Amazon’s Kindle went on sale in Spain. In June, telecom giant Telefónica launched its own e-book reader, manufactured by Spanish firm bq, the supplier of the majority of e-readers now on the market here. The device, which was available via Telefónica outlets and department store chain El Corte Inglés, came pre-loaded with a selection of 100 titles and an English-Spanish dictionary.

As well as providing access to more than 60,000 titles, the Tagus offers cloud storage of an unlimited number of titles for an unlimited time, in addition to a memory capacity for 1,000 titles, against Kindle’s 1,400. E-books can be browsed online and read offline on other devices after downloading a free app from Android Market or the Apple App Store.

Casa del Libro affirms the Tagus’ low price of €119 obeys a strategy to provide an accessory to its customers, rather than just another revenue stream. “We are not selling equipment but rather a solution,” Solà tells me. “Readers’ experiences with e-books had been so frustrating and the purchasing process so difficult that it became easier to acquire books without paying for them. We aim to facilitate e-book buying and reading on multiple devices.” However, while the Tagus removes the technical barriers, the 18% tax on e-books, which Solà describes as “unjust,” remains an impediment to the format’s popularity.

A latecomer to the Spanish market, Amazon only began operating here in September, offering delivery of printed titles, before launching the Spanish Kindle and its e-bookstore on December 1. The Kindle retails for €99 in Spain and offers a catalog of 22,000 titles. Hot on its heels will be Google Books and Google eBooks, which delayed their launch in order to adapt to Spain’s fixed-price book law. This law guarantees that publisher’s stated prices are honored at all outlets and aims to keep prices low, thus protecting bookstores from unfair competition, fomenting reading and facilitating the calculation of royalties.

Google Books and Google eBooks director for Spain and Portugal, Luis Collado, says the firm aims to make reading e-books “as easy as using email.” In Spain, e-book consumers’ gripes have centered on the complex process of purchasing and downloading books from a copy-proof DRM, Adobe-based system prevalent here, requiring an average 14 clicks compared with Amazon’s single click and 60-second download time. Google also promises a large catalog, having signed agreements with some 200 publishers, according to Collado.

News of the two US giants’ arrival has been a wake-up call for local booksellers as the arrival of more players intensifies competition, ultimately benefiting Spain’s readers who, until now, had lacked both incentive and choice to make the digital leap.

Casa del Libro’s Solà remains unruffled, however: “All new contributions to the Spanish market are positive and will energize the online sale of books. If we do our job well, Amazon should affect us positively and not the other way around. We are backed by a network of bookstores that gives consumers confidence, with 60,000 e-books available, 1.5 million printed books in our catalog and seven million monthly visitors to our website.”

But Spain’s smaller e-booksellers, such as Leqtor and Amabook, will have a tougher task competing. The latter has a 5,000-book catalogue covering 70 publishers and will have to maintain a niche in order to survive. “It will shake-up the sector, which is what we wanted, but obviously they will bring direct competition,” Amabook’s Ricard Fideu says. “Amazon will benefit the sector in the short term but, in the long term, will force many e-booksellers to close.” “Rather than stealing clients, we think it will generate more. It will be direct competition but, in the short term, the market needs to develop,” according to Josep Maria Terre of e-bookseller Leqtor, in third place in e-book sales in Spain behind Casa del Libro and Fnac, the French-owned bookstore and electronic goods chain that launched its own e-reader, the Fnacbook, in Spain on November 28. The device was introduced in France in 2010, where it has already been withdrawn and replaced with an upgraded, 3G version, evidence of the gap between the two countries’ degrees of e-book market maturity, albeit a gap that Spain will likely close quickly.

DISCUSS: How Important is “Buy Local” for E-book Purchases?