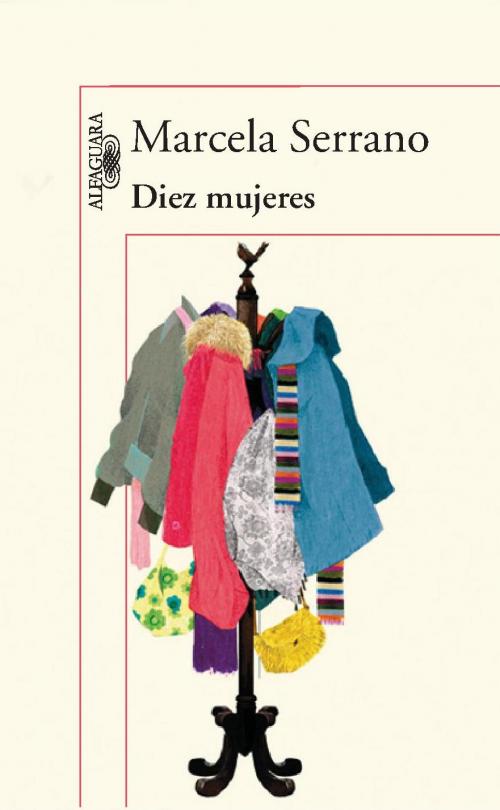 As a general rule, it is very rare that popular Chilean novel is also popular in Argentina, and vice versa. One of the rare "local" fiction titles that has crossed borders...

What are the reading habits and preferences of Latin American readers? How do they differ among the various countries Southern continent?

One way of tackling this question is to review the different bestseller lists of each country. Certainly people’s reading habits cannot be directly equated with what they buy, a fact that is made even more stark by the emergence of e-books and online shopping, but it does offer us a glimpse at some major trends.

In this, the first ongoing series, we focus on a trio of countries — starting in the far south of Latin America, with Argentina and Chile, and then moving across the ocean to Spain.

By starting with Argentina and Chile we can begin to illustrate the differences between two neighboring countries — only a two-hour flight between their respective capitals of Santiago and Buenos Aires. They are, of course, united by a common language with deep literary traditions, perhaps best exemplified by the Chilean Nobel Prize winning poet Pablo Neruda and one of the key modernist short story writers, Jorge Luis Borges in Argentina.

Spain is the birthplace of the language, the center of global Spanish language publishing, and serves as the the inevitable counterpoint.

Unlike in the United States, where many see the bestseller list of The New York Times as the standard reference, there is more diversity across Latin America. What’s more, bestseller lists do not often appear online and remain relegated to the papers. This is the case, for example, in Buenos Aires where the bestseller list of the two major cultural newspaper supplements, ADN from La Nacion, and Revista Ñ from Clarín, appear only in print.

At a macro level, we can divide the categories of books under consideration into three blocks:

We could possibly add a fourth category of books written in Latin America and Spain that become international bestsellers.

The lists we have compiled, along with their sources, can be found at the end of this article. Next to each book we have put in brackets the category it corresponds to (ie. [3] = Local titles that do not cross borders). Also, when deemed interesting, we have added an explanatory note.

The number one bestseller in Chile and Argentina of the past week is a novel called Diez Mujeres (Ten Women) written by the the Chilean author, Marcela Serrano (b. 1951). In a video interview online Serrano describes the novel, in which nine very different women and a psychotherapist spend a day on the outskirts of Santiago, with each telling their life story.

You would be forgiven for imagining that the top bestsellers would be often be shared between Chile and Argentina, as is Serrano’s novel, which has the top spot in both countries. But it is very rare that popular Chilean novel is also popular in Argentina, and vice versa, a phenomenon exemplified by the remaining titles on the fiction lists. Serrano’s no

For example, in Argentina, the romance novel Caballo de Fuego (Horse of Fire) by the extremely popular Florencia Bonelli (b.1971) hits the list, but is nowhere to be found on a the concurrent Chilean lists. Likewise, The Da Vinci Code — like political thriller La Semana En Que Se Juntan Los Siglos, written by an anonymous author, has been a longtime bestseller, but is all but unknown in Chile. (For more information, see this recent in depth report by one of Santiago’s top news magazines, Que pasa.) In the non-fiction lists we can see the “international blockbuster rule” at work in Latin America, with Walter Issacson’s Steve Jobs biography at the top spot in both Argentina and Chile. The rest of the list, for each country is occupied by local titles that do not cross the Andes.

There is a clean and clear explanation for why the bestseller lists in non-fiction vary radically between different Latin American countries.  The lists tend to be dominated by books written by or about celebrities, books analyzing current events, self-help books and history books, all of which tend to be localized.

Each country it’s own film and television industry with its own stars, therefore celebrity titles don’t criss-cross. All politics, as the cliche goes, are local — as are historical interests. And although there is a bedrock of cultural similarity between the nations, there are differences, ranging from sexual mores to work/life balance. Therefore, as might be imagined, the self-help titles (save for a the occasional international blockbuster) differ and do not travel well.

Finally, as a general rule, the countries in Latin America have more in common with each other both culturally and commercially than they do with Spain.

And although in terms of the Southern Hemisphere we have focused on Chile and Argentina, the general conclusions may apply to interaction among the countries throughout Latin America.

According to the November 19th edition of the Revista Ñ (which conducts a weekly survey of Argentina’s major booksellers) the top five fiction bestsellers are: 3. El cuaderno de Maya by Isabel Allende. *This is the latest title by the international bestselling Chilean author. The novel, Maya’s Notebook, has yet appeared in English translation.

5. Caballo de Fuego by Florencia Bonelli.  *Bonelli is a hugely popular writer of romance novels with a loyal fan base. Her specialty is steamy tales set in the Pampa feature several moving cliches: gauchos, maidens in despair, etc. This novel, Horse of Fire, is a departure in that it is part of a trilogy set in Paris, Congo and the Gaza Strip. At her annual appearance at the Buenos Aires Book Fair she regularly draws as many as 1,000 fans. She is also known to have an extraordinary memory for the names and life stories of her fans and readers who have contacted her by email. The top non-fiction titles are:

2. Mujeres que tenían que ser by Felipe Pigna. *This title, Women Who Had to Be, is by a local author who has specialized in writing books on Argentine history in a very populist voice. His Myths of the Argentine History, from 2004, has been translated into English.

3. Cómo ¿Esto también es matemática? by Adrian Paenza. *Paenza is a mathematician whose books on mathematical conundrums (along the lines of Innumeracy by John Allen Paulos) have been hugely successful in Argentina. His popularity is such that the official presentation of this last book –- What? This is Also Math? — was attended by the President Cristina Kirchner and the Argentine NBA star Manu Ginóbili. They even served as co-presenters of the book. 4. ¡Basta de Miedos! by Viviana Canosa. *Enough of Fear! is a typical self-help, a perennially best selling genre in Argentina. It is worth noting, however, that the self-help genre is quite limited as a result local social and economic circumstances. It’s especially important for publishers to remember this when trying to sell foreign rights to such books. One translated title that appeared in Argentina several years ago featured a chapter, “Sell your boat!” Although owing a small boat might have well within reach of the typical, pre-financial crisis middle class American, this was far from the case in Argentina.

5. 1982 by Juan B. Yofre. *This is a historical look at the war over the Malvinas (as the Falkland Islands are — rigorously — called in Argentina).

According to the Camara Chilena del Libro, these are the best-sellers for the week of November 5-12.

3. En el país de la nube blanca by Sarah Lark. *This has been a surprise success for Ediciones B, which has published this German author in translation. At the Frankfurt Book Fair this year, the publisher bought the rights to five more titles for translation.

4. El escritor de epitafios by Hernán Rivera Letelier. *Letelier is one Chilean novelist who has crossed national borders in Latin America. In great part this is due to the fact that he won the prestigious Alfaguara fiction prize in 2010 for his novel El arte de la resurrección (The Art of Resurrection). This current novel, The Writer of Epitaphs, focuses on an eccentric figure who spends his days in a café. A handful of Letelier’s major titles are available in e-books on Amazon.com.

3. Secretos de la Concertación by Carlos Ominami. *A political memoir by a Chilean politician who was the Minister of Economics between 1990 and 1992.

4. El camino de Steve Jobs by Jay Elliot *This is the translation of Elliot’s book, The Steve Jobs Way: iLeadership for a New Generation, published in March, 2011.

5. Universitarios el problema no es el lucro by Patricio Meller. *This title — University Students, the Problem is Not Greed — is a current events book which addresses the recent upheaval of university students in Chile who are protesting for universal and free education.